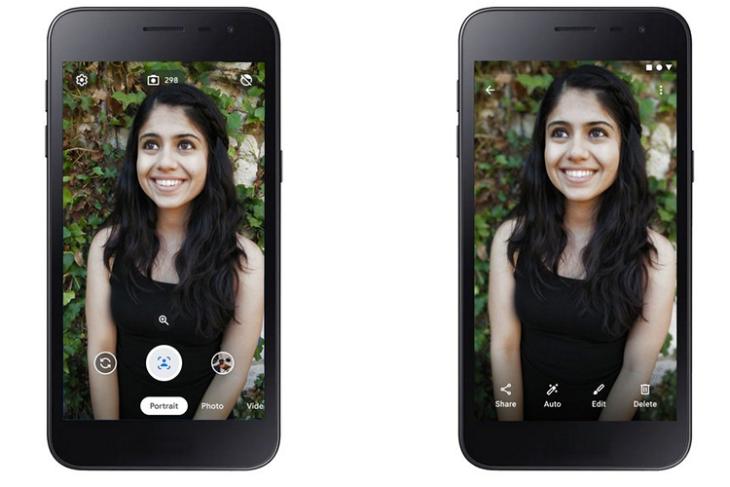 Google on Thursday announced that there are now more than 100 million active Android (Go edition) devices around the world, thanks to around 1600 models available in more than 180 countries, including India, Kenya and other developing markets. The company also said that its lightweight mobile OS now comes with a number of privacy features, including private searches and on-device machine learning to organize photos without ever sending them to the cloud.

Google also announced a new app called Camera Go that will be pre-installed as the default camera app on Android Go devices. It will be first available on the just-announced Nokia 1.3 before being rolled out to more devices. According to Google, Camera Go is perfectly optimized for entry-level handsets and is simple enough for first-time smartphone users. The new app will enable users to take high-quality photos without worrying about speed or storage, said the company.

The Camera Go app comes with features like ‘Portrait Mode’ to give the photos a professional look by focusing on the subject. “It’s built for people using smartphones for the first time, so it has a clean and simple interface”, said the company. The app also tracks the remaining storage space on the phone and helps free-up space by clearing out the junk.

Camera Go joins an array of other Go-branded lightweight versions of standard Google apps that the company has been launching over the past few years. Some of the existing Android ‘Go’ apps include YouTube Go, Gmail Go, Files Go, Maps Go, and of course, the search app Google Go.