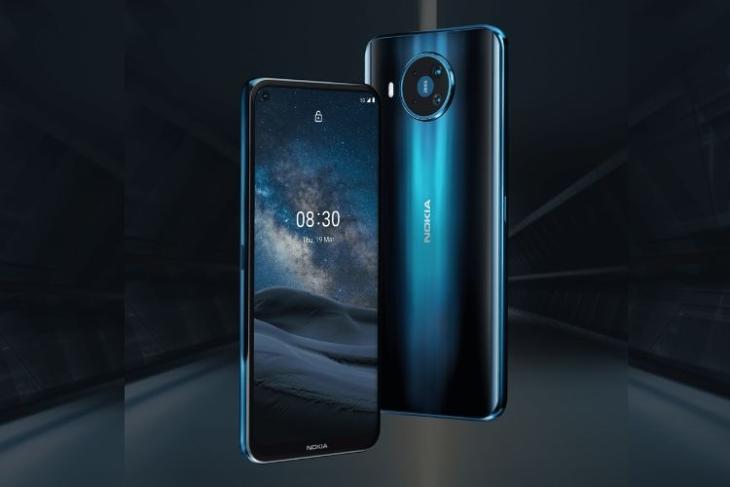 HMD Global was scheduled to announce the first-ever Nokia 5G smartphone at MWC 2020 in February. Since the event was canceled due to the coronavirus pandemic, the company moved its launch online. And well, the first Nokia 5G smartphone, Nokia 8.3 5G was today unveiled during the online event. We also saw the Nokia 5.3, a new mid-range phone, and the Nokia 1.3, an entry-level phone, make their debut at the event.

Nokia’s first-ever 5G smartphone made its debut at today’s event. Starting off with the design, Nokia 8.3 5G features a recycled aluminum body and a glass back panel with a circular camera setup. The fingerprint sensor has been moved to the edge and doubles as the power button.

Nokia 8.3 5G features a huge 6.81-inch Full-HD+ IPS LCD display with HMD Global’s PureDisplay technology, 20:9 aspect ratio, and 2400 x 1080p resolution. It is the standard 60Hz panel as opposed to the high refresh rate panels we’re seeing on many phones these days. There’s also a punch-hole cutout on the top-left if you hadn’t noticed already. 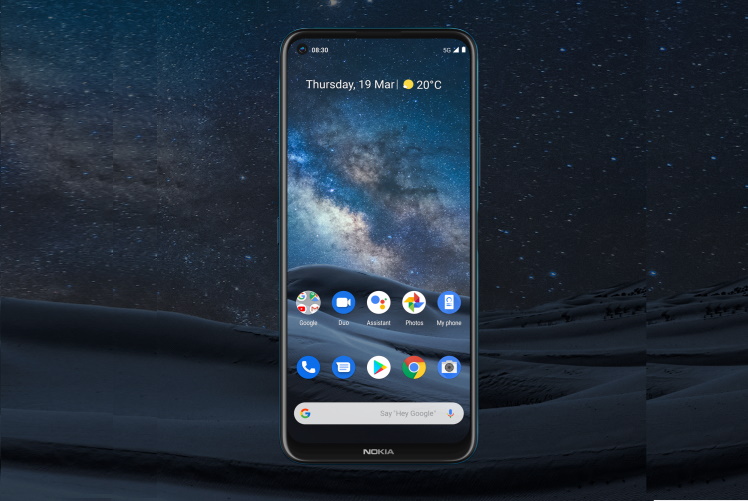 This smartphone is powered by the mid-range 5G-enabled Snapdragon 765G chipset. It’s coupled with up to 8GB of RAM and up to 128GB of storage. The company claims that the Nokia 8.3 5G offers radio coverage from 600MHz to 3.8GHz, covering most 5G radio bands around the globe. Nokia 8.3 5G runs Android 10 out-of-the-box.

The circular quad-camera system, backed by Zeiss Optics, is helmed by a 64MP primary sensor. It’s paired with a 12MP ultra-wide-angle lens, 2MP depth sensor, and 2MP macro lens. Nokia also boasts the presence of a dual high CRI flash on the rear. 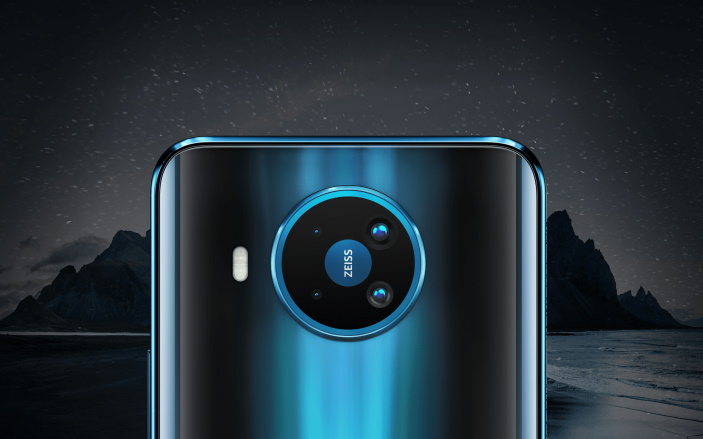 Nokia 8.2 5G will go on sale in Summer later this year at an average price of 599 euros (around Rs. 47,999), but you can probably get a premium budget flagship for the same price in India. It comes in a single Polar Night color variant. 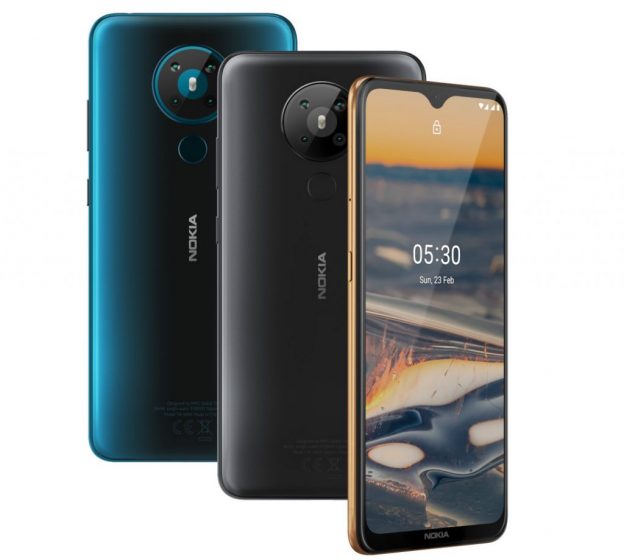 The second phone to launch today is the Nokia 5.3, which is the successor to Nokia 5.1 Plus that was launched way back in mid-2018.

Starting off with the design, Nokia 5.3 features a composite back panel (a fancy word to hide the fact that it’s actually plastic) with a circular quad-camera system and a physical fingerprint sensor. There’s a 6.55-inch HD+ IPS LCD display, with a 20:9 aspect ratio and 720 x 1600 pixels resolution.

Nokia 5.3 is powered by the Snapdragon 665 chipset, paired with up to 6GB of RAM and 64GB of storage. It can be expanded up to 512GB via a microSD card. The device runs Android 10 out-of-the-box but the Android One branding now seems to be missing in action. 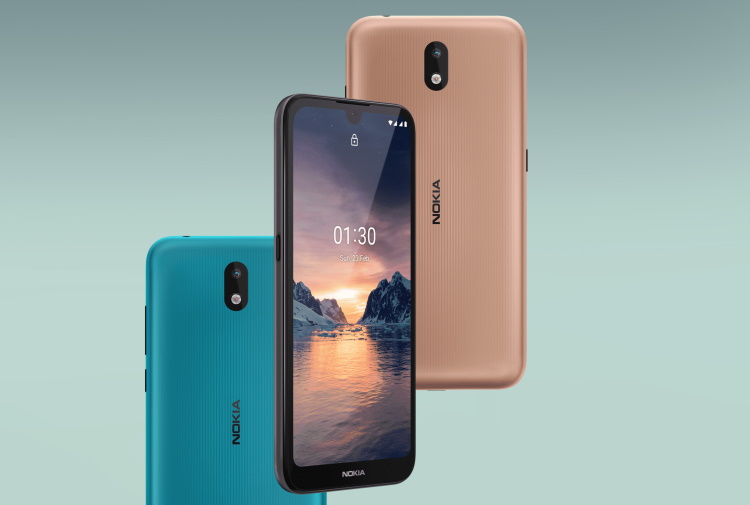 This is the latest entry-level Nokia smartphone from HMD Global. But even though it’s a super affordable Android phone, the company is offering you a modern design.

Nokia 1.3 sports a 5.71-inch HD+ display with a waterdrop notch at the top and Nokia branding at the bottom. The rear panel is plastic, but has been given the 3D nano-texture treatment for that amazing look.

This device is powered by the Snapdragon 215 chipset, coupled with 1GB RAM and 16GB storage (expandable up to 400GB via microSD card slot). It runs Android 10 (Go Edition) out-of-the-box and is the first device to come with this new lighter version of Android.

Nokia 1.3 features a single camera both on the front and back and they are 5MP and 8MP respectively. You have an LED flash on the rear but the highlight here is the Camera Go app, which tells you the number of shots left and lets you capture portrait shots.

It will be available in three color variants namely Cyan, Sand, and Charcoal. It will go on sale sometime in early April at an average price of 95 euros (around Rs. 7,599) but there’s currently no info on when any of the three smartphones will arrive in India. Stay tuned for more information.