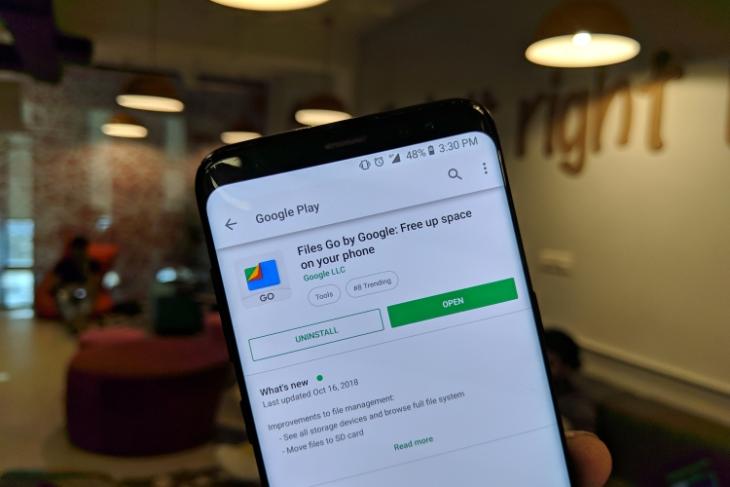 Google’s bite-sized file browsing and sharing app, Files Go, has today bagged a massive update and it comes with a plethora of new features in tow. This update brings in the ability to browse within folders, playback media natively, and exchange files faster than before.

We took the newest Files Go update for a spin, so here’s everything that’s new and how well it works:

Files Go earlier only allowed you to view files in a categorized fashion but taking the user feedback into account, Google has now added functionality to view your storage and look for files and folders on your device, much like a regular file explorer.

This feature is not active by default and you will need to enable the “Show storage devices” option from the overflow menu at the top right to view it. 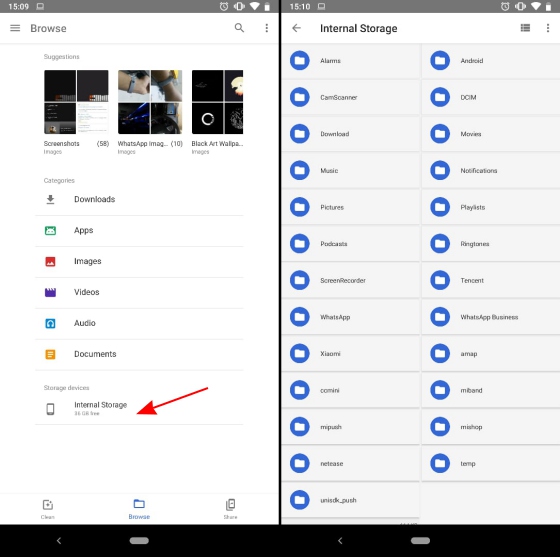 As you can see above, the folder view makes it simpler for you to search images and audio files directly inside folders instead of having to scroll through a categorized mess.

Google finally brings one of the most essential features, i.e. built-in media playback to Files Go to make it possible for you to listen to soundtracks and view videos right within the app. This is just the first integration and we have got only a bare-bones media player, with play/pause, forward and backward controls. 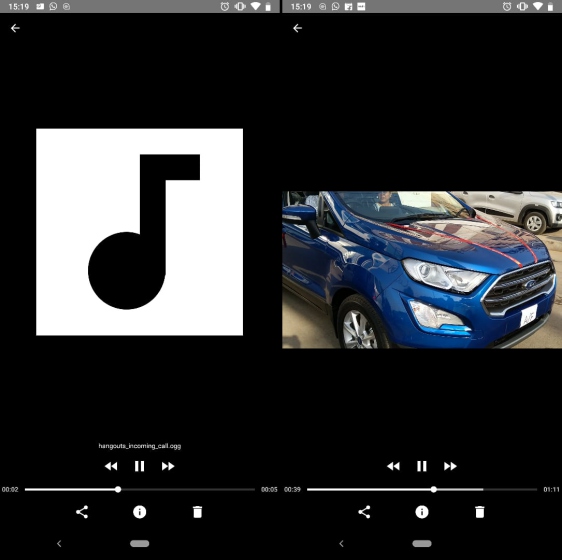 The highlight of this feature, however, is that you can play a media file and then return back to what you were doing without the media getting paused – thanks to background audio playback support. This feature works like a charm.

This is one of the most interesting developments of the lot because Google had recently announced that offline peer-to-peer file sharing apps can now be used to securely transfer and install apps, which will then automatically be updated via the Play Store.
Files Go is one of the few file explorer apps capable of doing so and I tried out this feature in reality. It’s impressive to see Google using Play Protect to verify all shared apps and keep security risks at bay, protecting your devices from malicious activity. However, this feature only works when sharing apps you’ve installed via the Play Store instead of APKs that you may have downloaded from the web, so you’ll still need to be careful of Fortnite clones flooding the Internet.

Finally, Google claims that it has made several connectivity improvements to the sharing process. It says that a connection on average takes under 5 seconds and you could get transfer speeds of up to 500 Mbps, however, I did not witness the same in my tests. 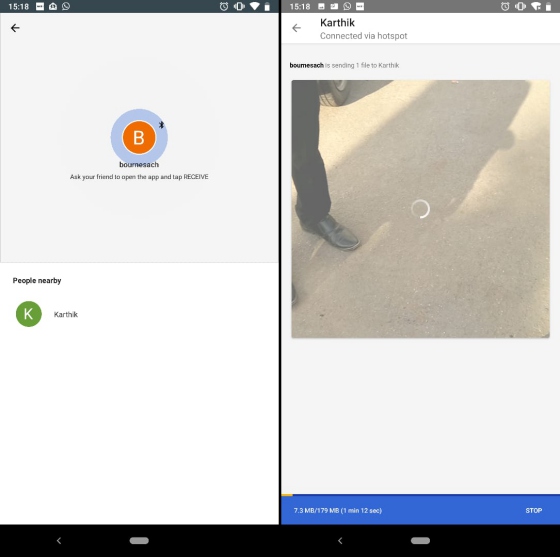 Though the connection and file transfer process is speedy and non-intrusive, you would usually see recipient show up in under 5 seconds but it still takes around 10 seconds to connect the two devices and get them ready for file transfer. After this you can choose which files to send and move on with the sharing process.

Files Go was meant to help users manage space on low-end phones but it has evolved into a very good backup file manager app that also helps you save space.