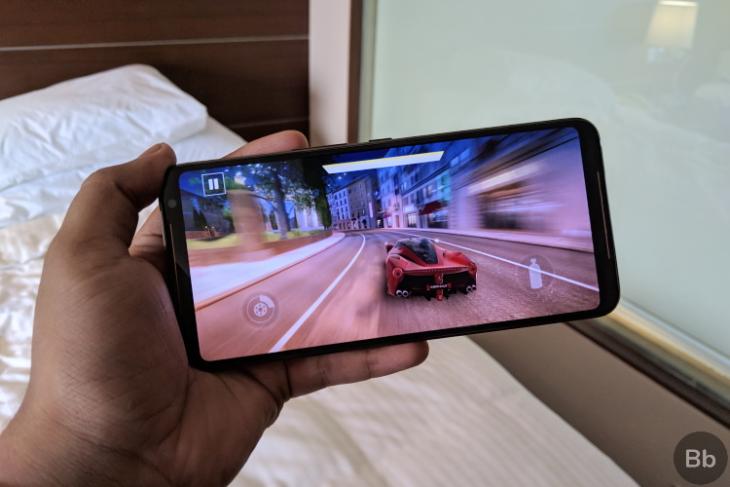 Ahead of the global release of Asus’ gaming-focused ROG Phone II, the company has published a list of games that run at 60fps or more on the all-new device. There are at least 125 games on the list when we checked, including Alto’s Odysey (120fps), Assassins Creed Rebellion (120fps), Dead Trigger 2 (120fps), Final Fantasy XV Pocket Edition (120fps), Hitman Go (120fps), Mortal Kombat (120fps) and more. You can check out the full list at the end of this post.

Many of the games on the list can also be found through the ‘Featured’ page inside the built-in Armoury Crate app on the device, and according to the company, most of them support significantly higher frame-rates than just 60fps. As can be seen in the list above, many of the relatively-less graphic intensive games support up to 120fps, which should make for ultra-smooth gameplay, especially on the phone’s 120Hz screen.

In case you don’t know it already, Asus announced the ROG Phone II last July as an upgrade over its original ROG Phone that was released last year. The new phone rocks a 120Hz OLED display as its biggest selling point, but alongside that, the device also ships with other premium components, including the Snapdragon 855+ SoC, a 6,000 mAh battery with 30W HyperCharge and Vapor Chamber cooling to keep the operating temperatures in check.

Alongside the vapor chamber, the device also includes a copper heat spreader and graphite pads for heat dissipation. As if that wasn’t enough, the phone also comes with a new Aeroactive Cooler fan attachment that Asus claims will reduce operating temps by up to 5-degrees. Either way, you can check out the full list below: