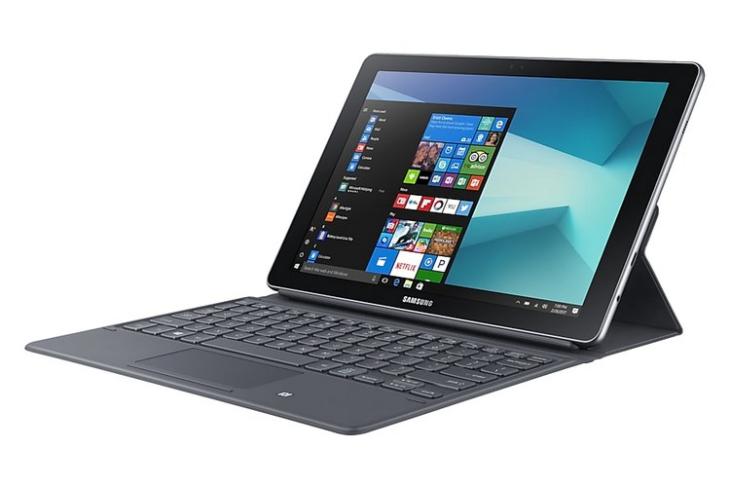 A new listing on the Bluetooth SIG website suggests that Samsung has been working on a new laptop called Galaxy Book S (SM-W767). As is the case with all Bluetooth SIG listings, the new log reveals very little about the device, apart from the fact that it will support Bluetooth 5.0. While the name has also been confirmed by tipster Evan Blass (@evleaks), there seems to be no concrete info about it at this point in time. 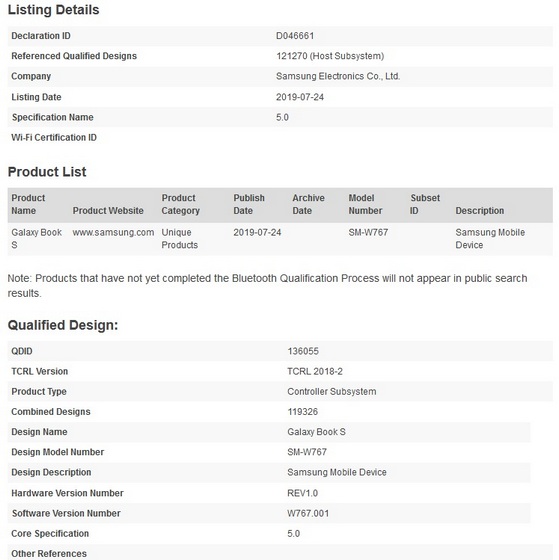 While the exact specs of the Galaxy Book S remains a mystery, another Samsung device, called the Galaxy Space, was listed on Geekbench recently, revealing some of its key tech specs. According to the site, the device is a Windows 10 laptop with an unspecified 2.84GHz octa-core processor and 8GB of RAM. Online speculations suggest that it will likely be an ARM-powered device, so it will be interesting to see if it will come with the Snapdragon 855 under the hood. 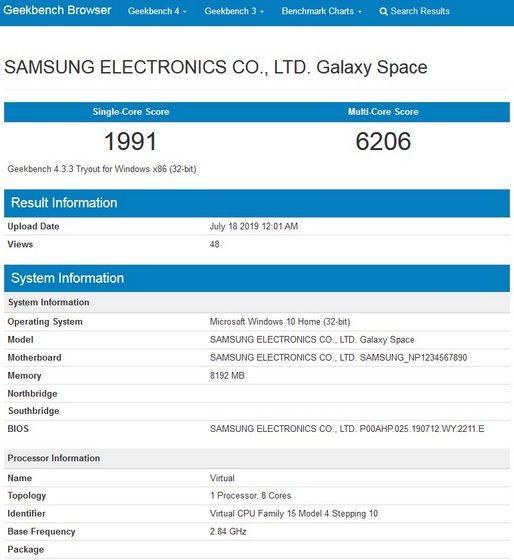 Given that there’s very little info to go on at this point, it’s impossible to say for certain what Samsung has in store for the Galaxy Book S. However, with the company rumored to launch the device either alongside the Galaxy Note 10 in New York next month or at the IFA tech show in Berlin in September, let’s hope we get more info about it in the days ahead.