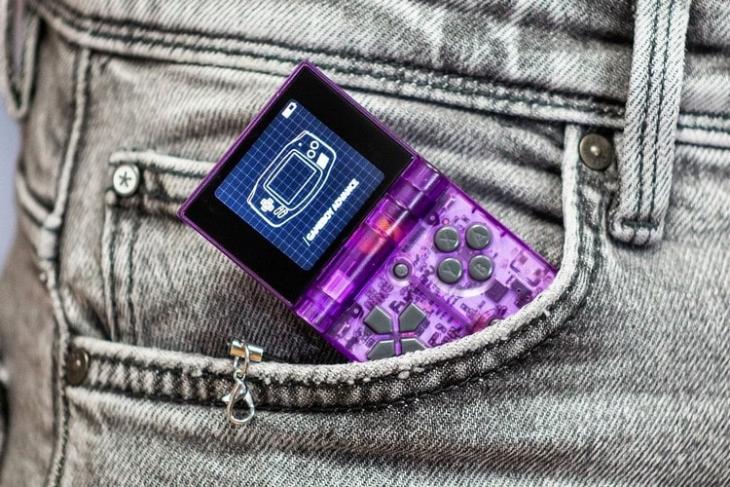 If you are a Nintendo fan, there is a high chance that you have seen a YouTuber build the largest functional Nintendo Switch console recently. While TV-sized Nintendo consoles are great to look at, I prefer compact, portable gaming consoles that you can carry around in your pocket. While you can use Nintendo DS emulator apps on Android and iOS devices to play games, it doesn’t offer the satisfaction of using a console. So, if you are like me, then I am sure you will love the tiniest Gameboy-style retro gaming console that you can carry around in a keychain!

Dubbed the FunKey S, it is essentially an open-source, keychain-sized retro gaming console that emulates over 10 classic gaming consoles from the past. This includes the NES, Super NES, PlayStation 1, GameGear, Sega Master System, and many more.

Developed by a group of retro-games enthusiasts, the device is a full-fledged console in the tiniest form factor that allows users to attach it to a keychain. It even comes with a small carabiner clip to attach to a keychain.

Now, coming to the design of the FunKey S, it really looks like a pretty polished gaming console despite its tiny form factor. The device features a foldable design and a complete set of clicky buttons to enable you to enjoy your favorite retro games.

The button layout, when infolded, looks to be similar to a traditional gaming console. You have your usual D-pad on the left and the ABXY function buttons on the right. There also is a dedicated menu button to instantly access OS options and a pair of additional function buttons. Apart from these, there also is a pair of shoulder buttons with a generous key-travel residing above the 180-degree hinge.

At the bottom, there is also a micro-USB port using which users can transfer files and data from other devices to the FunKey S. They can then access saved files alongside the games on the device.

The tiny device comes with a 1.54-inch IPS LCD color display with a 50Hz screen refresh rate. Inside, there is a 410mAh battery that can run the device for up to two hours.

Now, although the FunKey S is not something that you would use to play Spider-Man: Miles Morales on, it does come with some impressive specs. For starters, the device features a 1.2GHz ARM Cortex-A7 processor paired with 64MB of RAM. It also comes with a 32GB microSD card to store game ROMs that can be upgraded to up to a 2TB microSD card.

On the software front, the developers wanted to deliver the best possible gaming experience with the FunKey S. As a result, they came up with an optimized, intuitive, and consistent interface for the console. This enables the device to boot in under 5 seconds, offer simple and consistent settings menu throughout the system, and support a notification system.

The console can also detect when some folds or unfolds the device. This way, it can automatically boot once unfolded or save a game before closing when a user folds the device mid-game.

Furthermore, although the device does not come with any software out-of-the-box, developers can add their own programs to run on the device. This is possible due to the open-source nature of the OS run by the FunKey S.

You can order the FunKey S from its official website. However, the device is currently out of stock. The company is taking pre-orders for the next batch and will start shipping them in June 2021.