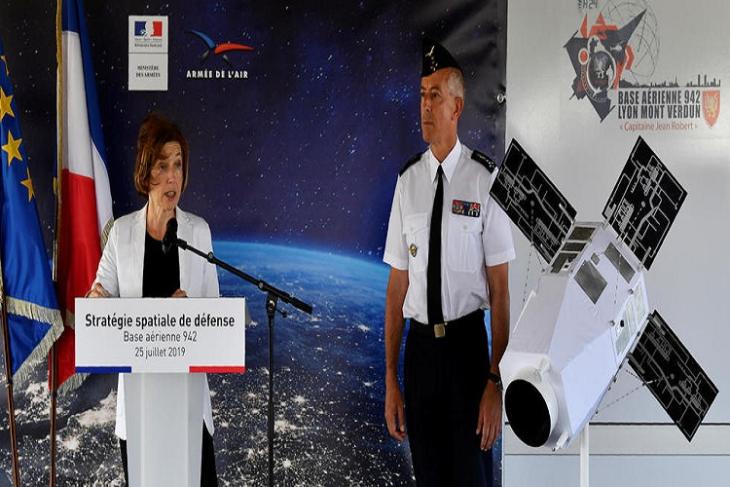 It appears like France is preparing its satellites to withstand any forms of attacks in space. Emmanuel Macron, President of France had announced earlier regarding the establishment of space force for protecting its satellites. A new self-defense and surveillance program has been announced now as the next step in safeguarding the country’s presence in the space.

This program essentially leads to the development of satellites having cameras, power lasers, and machine guns. The purpose of power lasers is to blind the attacker while machine guns are intended for shooting down if there is an incoming attack. The submachine guns to be equipped in satellites will be even capable of destroying solar panels which will destroy a major power source of the opponent satellite.

As far as the funding is concerned, 700 million Euros will be allocated towards building the defense system in addition to the existing 4.3 billion Euros allotted for the period of 2019-2025.

The French government also has plans to introduce nanosatellites that will be stationed near the most strategic objects. These nanosatellites will be having fast replacements or backups in case they get shot down by the enemies. According to LePoint, this new defense system will be completely ready by 2030.

“Active defense is not an offensive strategy; it’s self-defense. It is, when a hostile act has been identified as such, acceptable within the confines of international law to be able to respond in an appropriate and proportionate manner. The law does not exempt self-defense, does not prohibit militarization, nor does it prevent weaponization.”, said Florence Parly, France’s minister of defense. She also reaffirmed that this plan will not violate the Outer Space Treaty of 1967.