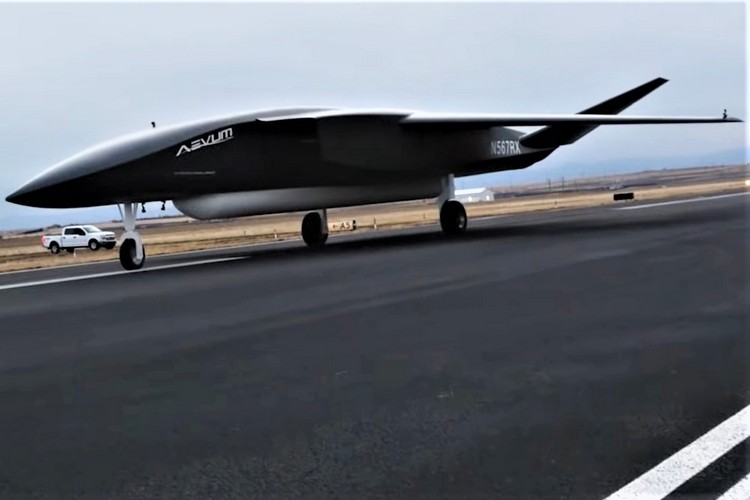 A space-technology company (no, not SpaceX) based in the US State of Alabama, Aevum recently unveiled what is being termed as the world’s largest Unmanned Aircraft System (UAS). The massive 25,000kg “Ravn X” is a first of its kind autonomous aircraft system that is designed to deliver satellites into Earth’s low-orbit every 180 minutes.

“Aevum is completely reimagining access to space. The current definition of rocket science doesn’t work for us. With Aevum, everyone will be able to say, ‘It is rocket science and I can do it.’ Aevum is pushing logistics to the next generation with software and automation technologies,” said the CEO and the founder of Aevum, Jay Skylus.

Now, coming to Ravn X, this unique airplane looks like it is straight outta 2077, with its stealthy matte-black body and a futuristic design. It comes with a feature that can set a new milestone in space technologies and that is Autonomous Launch.

An Autonomous Way to Launch Satellites

So, Autonomous Launch is pretty different from air or ground launch systems. Unlike relying on manual labor, the entire vehicle is run by a complex AI and machine learning-based system called the autonomous launch architecture. This advanced system measures numerous complicated variables like weather conditions, the weight of the payload, and distance to the orbital position to deliver an end-to-end service without any human interventions.

Thanks to this system, the Ravn X is a fully-autonomous and self-operating aircraft that can deliver payloads from any origin point to any destination in space.

Hence, Aevum aims to use a fleet of its autonomous Ravn X vehicles to launch satellites for space organizations without risking any human lives. The UAS can take-off from a 1-mile runway, deliver the satellites to their designated position on the low Earth orbit, and return to its dedicated 800 sq ft. hangar all by itself.

“To me, space is merely a vantage point from which the next generation can commit global progress. Through our autonomous technologies, Aevum will shorten the lead time of launches from years to months, and when our customers demand it, minutes. This is necessary to improve lives on Earth. This is necessary to save lives,” further added Skylus.

You can check out the Ravn X in an unveiling video right below.

15 Cool Spotlight Tips and Tricks for Mac You Should Know

Redmi K40 Retail Packaging Teased; Charger in the Box or Not?