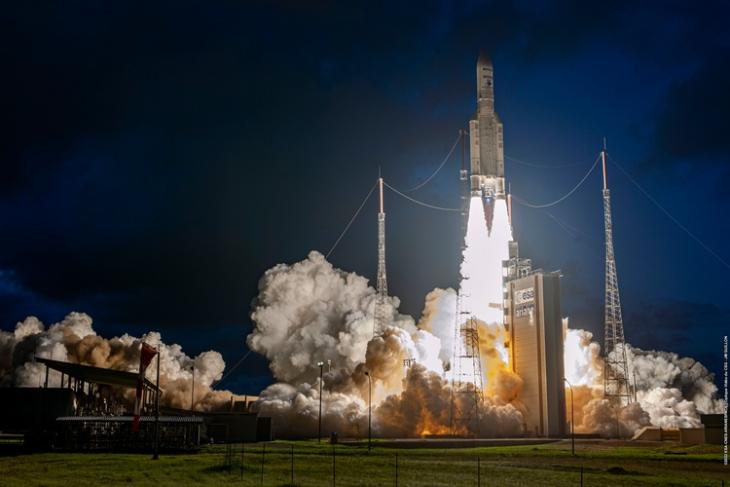 For the uninitiated, GSAT-24 is a 24 Ku band communication satellite designed for Direct-To-Home (DTH) use cases. Weighing 4180 kg, the satellite has a mission life of 15 years. Notably, Tata’s direct broadcast satellite service arm Tata Play has leased the entire satellite capacity for the entire 15 years.

With the GSAT-24, the NSIL is taking a demand-driven model. “‘Demand-driven’ mode basically means when the satellite is launched, one will know who the end customers are going to be and what’s the kind of utilization and commitment so that you have very effective utilization of this satellite capacity once it goes into orbit”, an NSIL official told PTI.

According to ISRO’s press release, GSAT-24 was successfully injected into its Geo-Synchronous Transfer Orbit (GTO) with a perigee of 250 km and apogee of 35,825 km after almost 40 minutes of flight. Based on the initial data, the satellite was reported to have good health. Over the coming days, the orbit of GSAT-24 is set to be raised from GTO to Geo-Stationary Orbit (GSO).

With this, the NSIL will operate in 11 Communication Satellites in-orbit to meet the ‘communication needs of India.‘ It is said to be the first of the many Demand Driven Missions by NSIL.