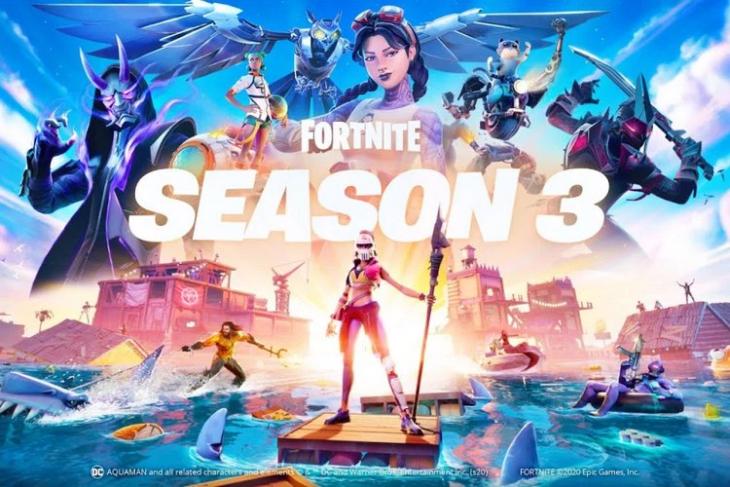 At its season-ending Device ‘doomsday’ event on Monday, Fortnite confirmed that the upcoming season will have a lot of water. Now that Epic Games has released the first theatrical trailer of Chapter 2 Season 3, it has become clear as to exactly how much water will be part of the landscape in the new scheme of things.

To start off, the trailer itself is titled ‘Splashdown’. And as it turns out, not without reason. According to Epic, the island will be partially flooded in the new season, and there will be new areas to explore. As the island adapts to its new way of life, players will have to stay afloat and take on new challenges, including facing new enemies.

Most importantly, players will need to ride sharks as a means of transportation! On its official blog, the company said: “Sharks may be item-hungry and dangerous, but they also make for fun transportation. Latch onto one with a fishing rod to ride, steer and jump across the waters”. The waters, however, will recede with time, opening up new areas to explore. “As roadways become more open, you’ll discover new ways to get around”, the company said. Basically, cars will join boats and helicopters as transportation options on the island.

Do note that for the most part, the map will remain the same as last season. Areas like The Grotto will start off submerged, but as noted earlier, things will get back to relative normality as the season progresses.

Finally, there’s the new Battle Pass. While last season’s Battle Pass added a Deadpool skin, this time around it’s the turn of Aquaman. You can check out all the details about the new weapons, skins and more on the official Epic Games website.