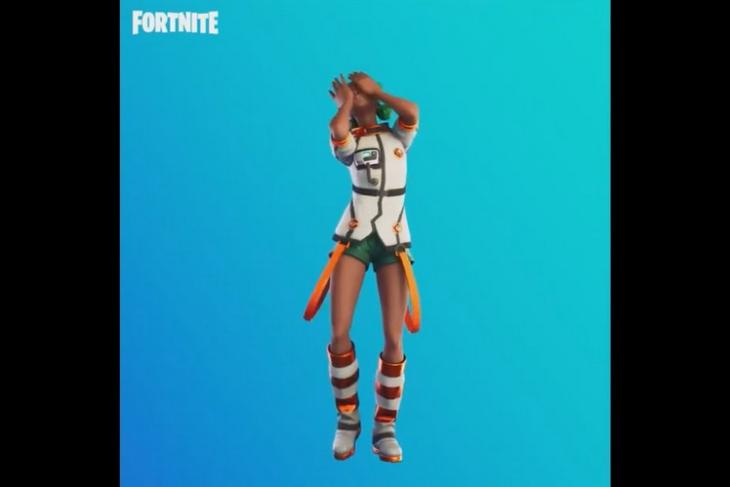 Apart from screening Christopher Nolan movies and organizing virtual in-game concerts, Epic Games adds many unique cosmetic items to their flagship battle royale, Fortnite. Most of these skins, items, and emotes are inspired by pop-culture references and trending challenges. So, now, the developers added the viral dance challenge from Tiktok, the “Renegade challenge” as an emote in the game.

Now, if you’re unaware of this viral TikTok challenge, then let me enlighten you a bit. The “Renegade challenge” started on the now-banned-in-India app a few weeks ago. The challenge involves a synchronized dance to the hip-hop song, Lottery (Renegade) by Atlanta rapper, K.Camp.

So, after the popularity of the challenge on TikTok, people forgot the original creator of the moves. However, the name of the teenager from Georgia soon came under the spotlight, thanks to The New York Times. According to the original Instagram post, Jalaiah Harmon, a 14-year-old from the suburbs of Georgia choreographed the moves back in 2019.

However, it was only after the dance got popular on the internet, the world finally came to know about her. Especially after she performed the dance at an NBA All-Star Game back in late-February.

So, now, following the trend, Epic games added the dance of Harmon as an emote in Fortnite. The company announced the in-game item via a tweet (below). They also tagged Jalaiah to give her the credit for the dance moves, unlike other times.

The Renegade Emote is available now in the Item Shop now! pic.twitter.com/EeXtdcxubh

The emote is pretty dope and the character even gives appropriate expressions while performing the steps. And fortunately, the emote entirely mimics the original choreography of the dance and not any other version from the TikTok challenge videos.

The emote is currently available in the item shop of Fortnite. You can get for it for a price of 500 vBucks, which is the in-game currency of Fortnite.