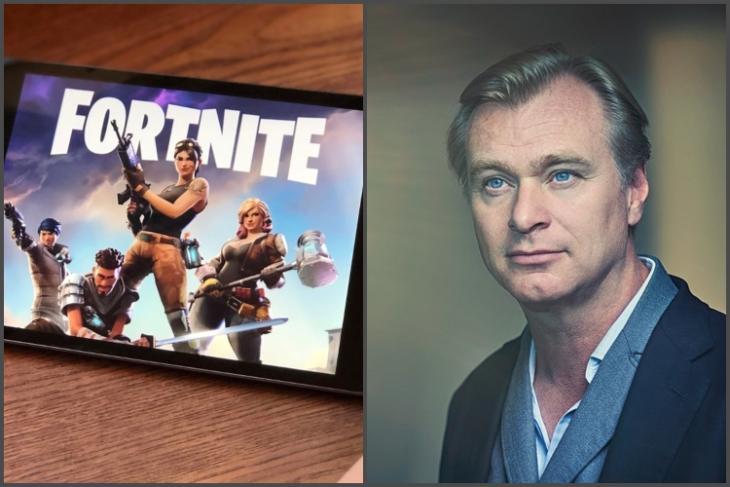 It is has been a festival for Fortnite players who are Christopher Nolan Fans. Fortniters could not have asked for more when the game premiered the latest trailer of “Tenet”. If you are living under a rock, it is another mind-bending thriller from Nolan which is to release soon. However, Epic gave the Nolan fans in the Fortnite universe a joyous chill in their spine after the premier. They announced that they will be streaming a full-length feature film by Cristopher Nolan.

Warner Bros. released the second trailer of the movie, “Tenet” recently. However, the trailer premiered in the game after the worldwide creative director of Epic Games had a phone conversation with Christopher Nolan. You can check out the trailer below.

After the premier, games media presenter, Geoff Keighley, announced that “Christopher Nolan is bringing one of his iconic films to Fortnite this summer for a full-length free screening for the fans”.

This came as one of the best news for Nolan fans playing the game. However, the question remains – Which “iconic” Nolan movie will it be? If you think about it, most of the movies Nolan made can be termed as “iconic” movies. You name it — Inception, The Dark Knight trilogy, Dunkirk, Insomnia, Memento, or even this short film, which the genius director made many years ago.

Going by history, I personally think that there’s a possibility the game will screen “Dark Knight”. Now, this is only my opinion, I cannot really confirm it. However, I think it is a pretty iconic movie with Heath Ledger’s portrayal of Joker.