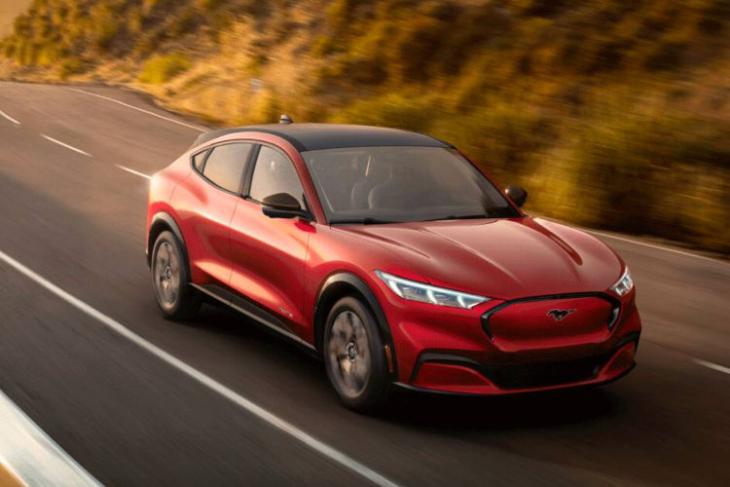 The car looks fairly nice to me, even though opinions on its design vary. Ford will be offering multiple variants of the Mach-E, starting with the base ‘Select’ model which is priced at $43,895. The Mach-E ‘Select’ comes in both rear wheel drive, and all wheel drive options, with a battery pack that Ford claims will last it for 230 miles and 210 miles respectively.

If those aren’t enough choices already, Ford also has three more variants on offer. The California Route 1 Mustang Mach-E comes with the extended range upgrade, and rear wheel drive for a price of $52,400, while the ‘First Edition’ Mach-E is priced at $59,900 and is a limited-edition model with all wheel drive and extended range pack.

Lastly, there’s the Mach-E GT which comes with all wheel drive, and the extended range pack for $60,500. There’s special GT badging on this variant, along with a metallic front grille. The GT variant pushes a whopping 459 horsepower thanks to bigger motors on both the front and rear axles.

Apart from these configurations, the cars themselves are fairly similar. They offer a 29 cubic feet of boot space in the back, which can be increased to almost 60 cubic feet by folding in the rear seats. The hood has another 5 cubic feet of space, and there’s even a drain plug at the bottom so customers can hose it clean if they want to. Ford is saying that this can be used as a cooler as well, and there are even two cup-holders. 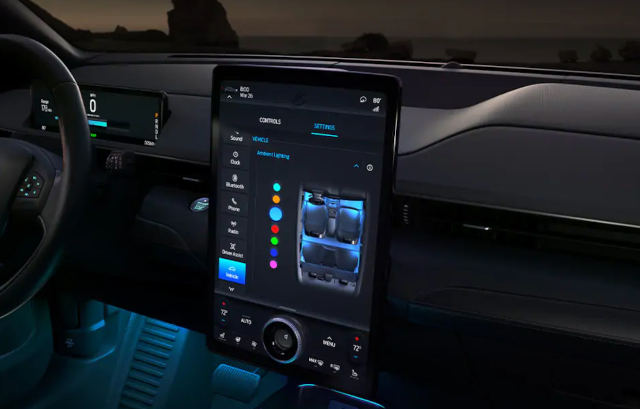 Inside, there’s a 10.2-inch driver information system behind the steering wheel which displays information important to the driver including speed, and in some driving modes, even the direction of G-forces acting on the car. There’s another 15-inch touchscreen infotainment system in the center with touch-buttons for everything, other than a volume knob at the bottom of the console, which Ford says can contextually adapt to other functions as well. The company didn’t, however, give any examples for that particular feature.

The new Ford Mustang Mach-E is coming in late 2020.