Skip to content
Home News Flipkart to Deploy More than 25,000 Electric Vehicles in India by 2030 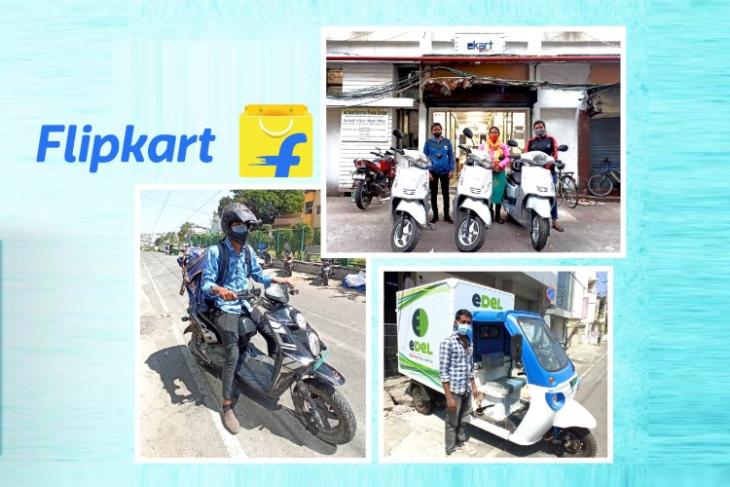 Indian e-commerce giant Flipkart revealed its plans to transition its logistics fleet to electric vehicles by 2030 in August earlier last year. It had joined the Climate Group’s global electric mobility initiative ‘EV100’ as well. Today, Flipkart has shared an update and announced that it will have a fleet of more than 25,000 electric vehicles across cities in India.

The Walmart-owned company has further detailed its electric mobility vision. It will have 2-wheeler, 3-wheeler, and 4-wheeler electric vehicles in its logistics fleet. These vehicles will be assembled in India to boost local production. Flipkart has partnered with popular local electric vehicle manufacturers, including Hero Electric, Mahindra Electric, and Piaggio.

We will see Flipkart deploy the ‘Treo Zor’ from Mahindra and ‘Ape’ E Xtra FX’ from Piaggio as part of its 3-wheeler electric vehicles fleet. The last-mile delivery will be handled by Hero Electric’s Nyx series, as per the official blog post. They offer up to 150kms of range on a single charge. The 2-wheeler EVs have already been deployed for last-mile delivery in cities such as Kolkata, Guwahati, and Bhubaneswar, to name a few.

Commenting on the company’s electric mobility plans, Amitesh Jha, SVP, Ekart and Marketplace, Flipkart said, “In this journey of making our logistics fleet completely electric by 2030, we will collaborate and work with leading local players to procure and deploy Electric Vehicles while supporting the required infrastructure growth.”

Thus, it will enable the e-commerce giant to build a humongous 25,000 electric vehicle fleet and fast-track the adoption of electric vehicles (EVs) in India. Apart from Flipkart, we’ve also seen ride-hailing giant Ola commit to building a 1 million EV-strong fleet by the end of 2021. Plus, the company has acquired electric scooter company ‘Etergo’ and will bring its first electric scooter to the market later this year.