With the new M1 MacBook Air, MacBook Pro, and Mac Mini, Apple has started the ball rolling on its much-awaited architecture shift from Intel x86 to ARM processors. However, in order to ensure that apps built for Intel processors can continue working on the new Macs, Apple built Rosetta — a translation layer to run Intel apps on M1 computers. However, did yo know that you can also run native M1 apps via Rosetta as well? In this article we will tell you how to force apps to run with Rosetta in an M1 Mac.

How to Run Apps with Rosetta

Forcing universal apps to run with Rosetta under emulation is not something that everyone needs to do. However, in those few edge cases where you need the option, it’s great to have.

Why Would You Want to Run Apps in Rosetta Emulation?

First off, why would anyone want to force an app to run with Rosetta? After all, Rosetta will emulate the app which means it will be slower and probably more of a battery hog, right?

That’s true, but there are reasons why some users may want to run an app in Rosetta instead of natively on the Mac. Primarily, this could be a developer who just wants to see how their code performs in both native M1 and Rosetta environments. Plus, there are some use-cases where a particular part of an M1 app doesn’t play well with ARM and running it with Rosetta might fix the problem.

Whatever the reason, it’s actually very easy to run apps on a Mac in Rosetta mode.

However, do note that only universal apps can be used this way. Universal apps are apps that have code for both Intel and ARM processors. That means they run natively on both Intel Macs and M1 Macs.

How to Run Universal Apps in Rosetta on M1 Mac

Note: For this example, we will run Safari in Rosetta on the M1 MacBook Air. However, you can do this with any universal app. 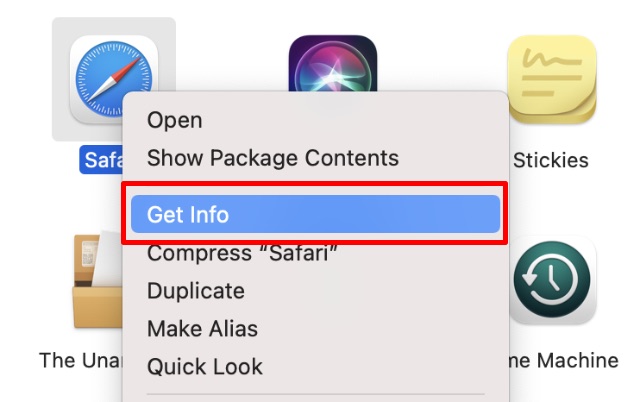 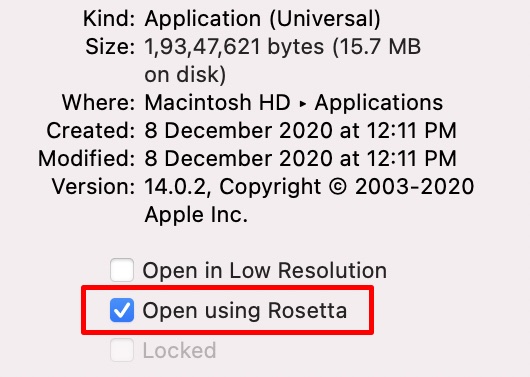 Now when you launch the app it will launch with Rosetta emulation.

Run Universal Apps in Rosetta on Your Mac

That’s how you can run a universal app in Rosetta emulation your M1 Mac. This is a great way for developers who want to see how their code works on Intel Macs and for some odd edge cases. Moreover, you can use this method to see the difference in speed between running an app in Intel versus the M1 chip in your laptop.

So, have you ever needed to force an app to run with Rosetta on your Mac? Let us know in the comments. By the way, you can easily check M1 compatibility for apps if you’re considering buying a new M1 Mac.