Apple’s recently launched Mac Mini, MacBook Air, and MacBook Pro with the Apple M1 chips are being very well received. The new Apple Silicon offers incredible performance per watt, and the laptops are ranking better than Intel Macs on benchmarks as well real world tests. However, a lot of M1 Mac users are reporting problems as well, including an error that can pop up when you’re setting up your M1 Mac. So, if you are facing the ‘computer account creation failed’ error, don’t worry, here’s the solution.

First, a little background on what this error is, actually. A lot of users (myself included) have faced this issue. So, when you first set up your new M1 Mac you have to create a user account. In a lot of cases, this user account creation doesn’t work. Your Mac will remain stuck on the screen for a long time and then pop up the following error screen. 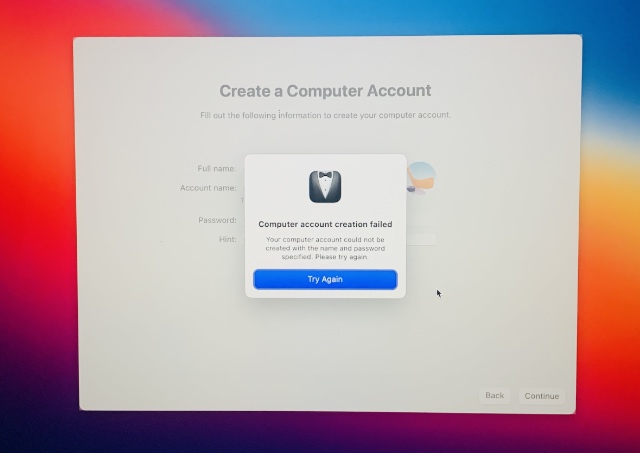 Now, in most cases, this error shows up after you reset and reformat your M1 Mac. What’s worse is that if you restart your Mac after this error, it will show your user account (the one that it said failed), and then the password you created won’t work. It’s really quite irritating and annoying.

So, when I managed to finally fix this issue on my laptop, I decided it was worth sharing the entire process for anyone else facing the error on their devices as well.

The entire solution for this error requires a couple of steps. I’m outlining the steps below.

Note: Currently, the only way to solve this issue is with another, working, Mac. If you don’t have another Mac, you can borrow one from a friend or a colleague. Otherwise, contact Apple support and they should be able to help you out.

1. Setting up Apple Configurator and Connecting Both Macs

3. Restore and Reinstall recoveryOS and macOS

Now comes the part that’s easy to follow along but time consuming to complete. Here’s what you have to do: 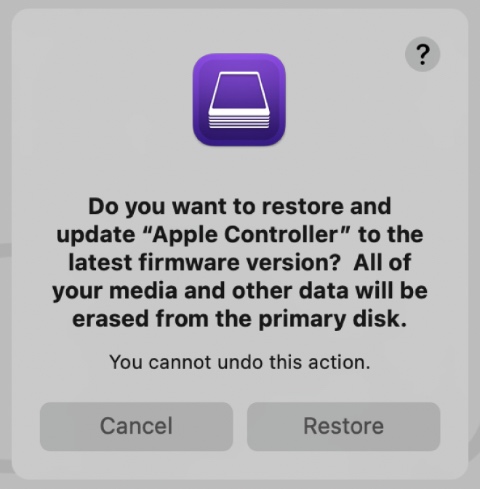 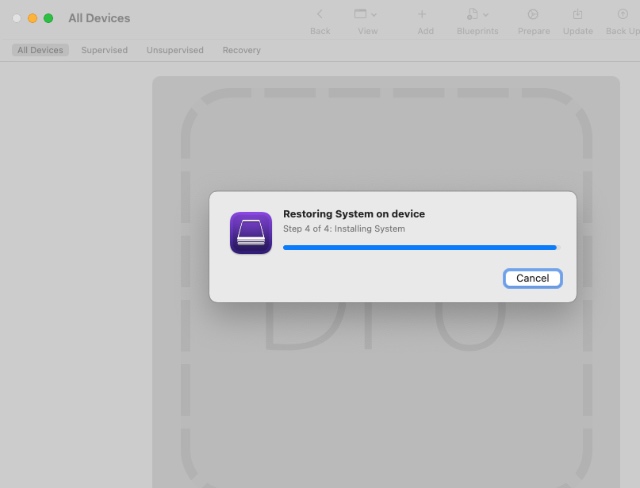 Now, when you continue the set up on your M1 Mac, the user account screen should work as usual and let you create your user on the Mac.

While it is unfortunate that the new M1-powered Macs can run into weird issues like this one, the good news is that at least there’s a fix. Hopefully, Apple will resolve these problems soon, but until that happens there’s no other option for users short of performing a DFU restore on their Mac computers.

So, did this article help you fix your M1 Mac or are you planning on taking it to the Apple store? Let us know in the comments. Also, check out our article on factory resetting Mac and creating a macOS Big Sur ISO file. They will come in handy if you want to solve macOS problems by re-installing macOS.