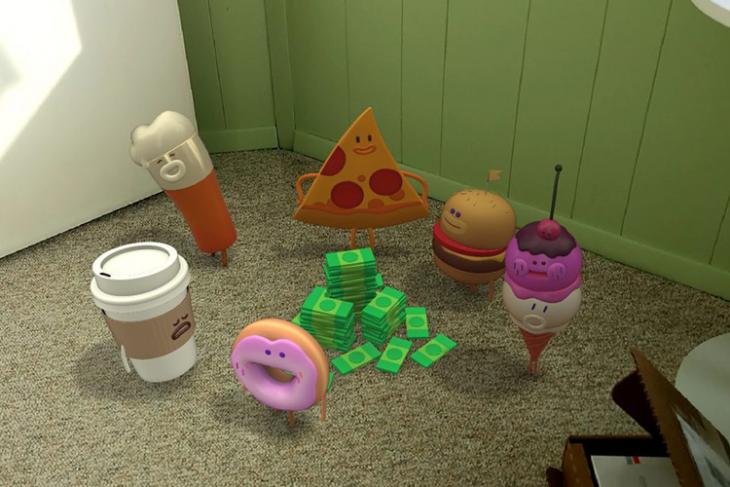 Google launched its augmented reality-based “AR Stickers” app two months after the unveiling of the Pixel 2 and Pixel 2 XL devices. Using the app, users with Pixel or Pixel 2 smartphones can add ARCore-based objects while snapping photos. At the time of the launch, Pixel users could choose from five different categories of objects including those from Stranger Things, Star Wars, food-based emoji, text, and blocks, and Google later added characters to promote the Winter Olympics.

But lately, Google has been separating the sticker packs from the main app, allowing users to download each pack separately. In the last update, the company removed Blocks from the main set of available options and released it as a separate app and now two more set of AR stickers are getting the same treatment. In the latest update, Google has released Foodmoji and Text as standalone apps and this helps knock almost 29MB off the main app.

While the Foodmoji pack weighs in at almost 25MB, the text AR Sticker bundle is of nearly 5MB. Once users update the main AR Stickers app and open the Camera on their Pixel devices, they will see red dots on the Foodmoji and Text labels, and clicking on them will redirect them to the download page of the individual app.

Although Google has not given a reason for the step, it is somewhat evident that the move is to help users save on storage space on their device. By separating modules into different apps, Google lets users choose only the AR Stickers packs they want that can be downloaded as per need.

So, in case you are a Pixel or Pixel 2 user, we highly recommend you to check these AR Stickers out to make your pictures more interesting and eye-catching. You can download the AR Stickers app, the Text pack, and the Foodmoji pack from Google Play Store for free.