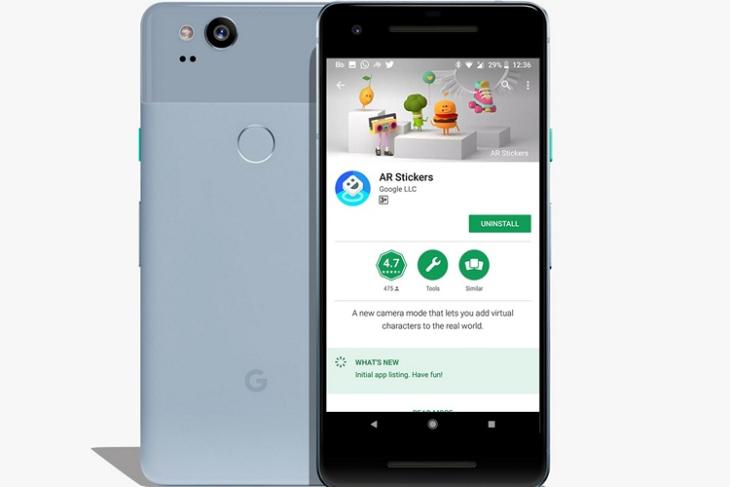 It was back in October that Google officially announced ARCore – a software platform that makes it easier for developers to build their own augmented reality apps. The feature is similar to Apple’s ARKit, and gives users a taste of augmented reality even without Project Tango. Since then, the search giant has announced a number of updates to the platform, one of which is ‘AR Stickers’ – a feature that is now available exclusively on the Pixel smartphones, thanks to the launch of the free AR Stickers app that is now available for download on the Google Play Store. 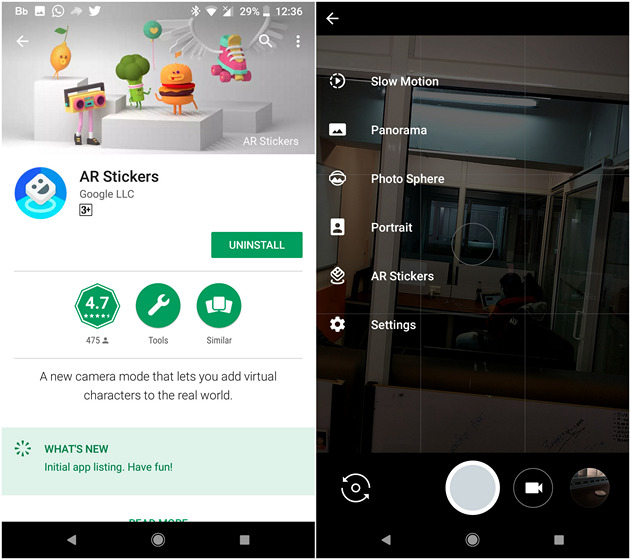 Among the stickers that are available at launch are a bunch of characters from Star Wars and Netflix’s Stranger Things, but there are also food items as well as floating 3D text that you can add to your pictures by using the app. While AR stickers will only work on Pixel smartphones for now, Google expects over 100 million Android devices to be able to use its the feature by the end of this winter, and towards that end, the company says it has tied up with several Android vendors for ARCore compatibility.

In case you’re interested in checking out the AR stickers yourself, here are the prerequisites: a Pixel smartphone running Android 8.1 Oreo and the latest version of the free ARCore app (version 0.91.171127093 or newer). Once the app hits version 1.0, it should be compatible with a whole lot of devices, giving all you non-Pixel users the chance to check it out on your phones. In the meantime, if you’re feeling jealous of that Pixel-toting guy next door, you can check out our detailed tutorial about how to get AR Stickers for free on any Android device.