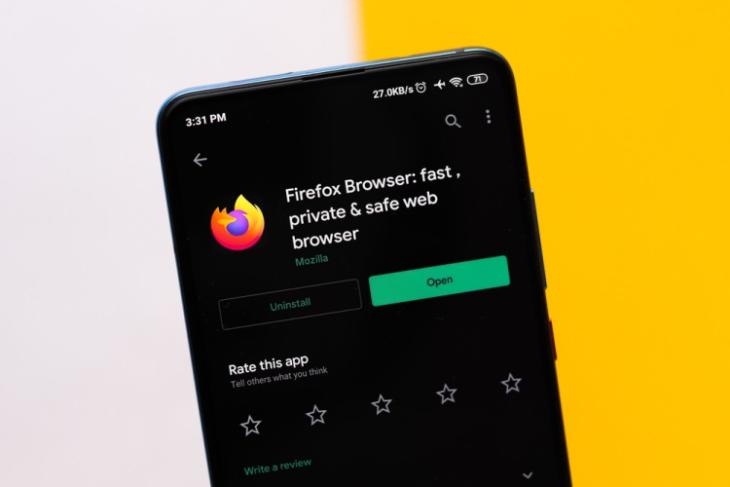 Mozilla had been working on a new version of its popular Firefox browser for Android for more than a year. It offered users a peek at the upcoming changes via the ‘Release Preview’ build and there’s a lot of them. The latest Android update is a huge milestone in the app’s development, thus, it has been branded as Firefox Daylight.

For starters, Firefox for Android now touts a completely new UI and utilizes Mozilla’s own GeckoView mobile browser engine. The app did not have a dark mode until today. You can now easily pick between light or dark themes or set it to switch automatically based on the device’s settings.

My favorite feature in this Firefox update is the ability to place the address bar at the bottom of the screen. It’s easier to reach and more intuitive. Mozilla has added a new ‘Collections’ tool to help curate bookmarks, which are accessible from both the mobile and desktop browsers. 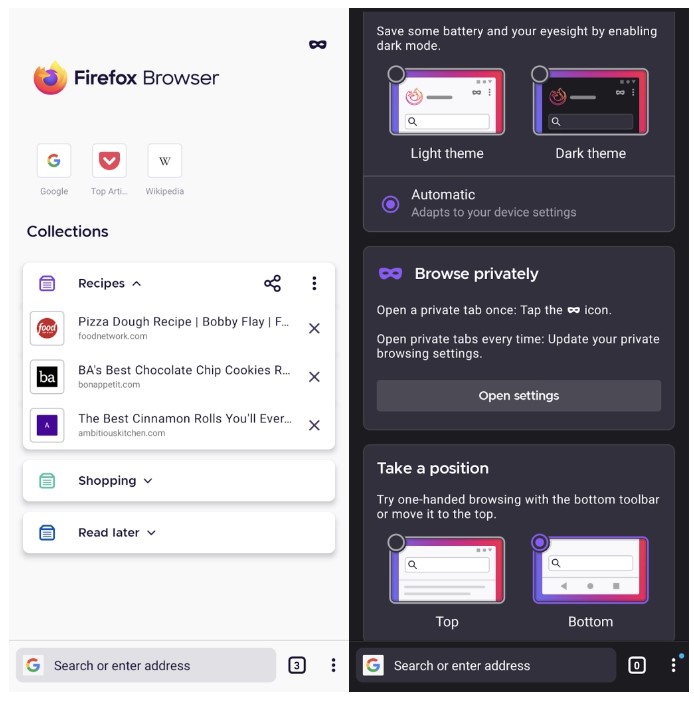 Firefox for Android will soon have a Pocket integration as well. It will bring Android’s release even closer to the desktop app. Mozilla explains the collection feature saying – “We will have some of the top articles as a default collection but then we’ll also have the Smart Collection that will recommend content based on the Collections that the user has manually created.”

The browser now comes with ‘Enhanced Tracking Protection’ enabled by default. It will block out ads and some trackers but you can switch to ‘Strict’ mode to block almost all of the trackers, ads, and pop-ups. The latter will also speed up the loading speed of webpages. The Private browsing mode (or Incognito mode, as most of us know it) has adopted features from the company’s privacy-focused ‘Firefox Focus’ browser.

Mozilla further touts that Firefox for Android is built on GeckoView instead of Google’s Blink, which is used by most Android browsers out there. “Firefox’s GeckoView engine ensures us and our users independence,” says the blog post. The new browser is also claimed to be 10% faster than its predecessor. 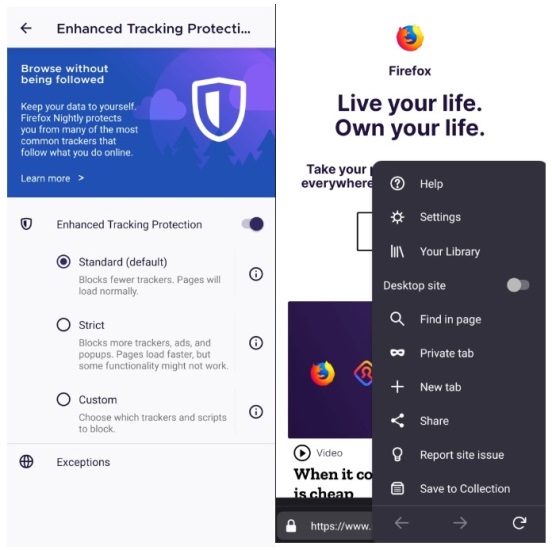 And well, if you are someone who like to use certain popular extensions to adjust your browsing experience to your needs then Firefox Daylight makes that possible as well. It offers you nine add-ons to begin with. It includes uBlock Origin, Dark Reader, Privacy Badger, HTTPS Everywhere, NoScript Security Suite, Decentraleyes, Search by Image, YouTube High Definition, and Privacy Possum.

So yeah, if you are looking to try out a new Android browser or have been waiting for Firefox to be on par with its desktop counterpart then go ahead and download Firefox on your device using this link right here.

How to Delete Telemetry Data on Mozilla Firefox