Memes are all over the internet these days. Whether you’re browsing Facebook, going through Reddit, heck even in WhatsApp chats, memes are almost omnipresent now. So, if you’ve been thinking of getting into the meme game and of making your own memes to share online, you should definitely check out Filmora Meme Maker (website).

What Is Filmora Meme Maker

Well, that’s a pretty simple question to be honest. As the name suggests, this online tool is a meme maker that you can use to create awesome image and GIF memes on the web. No more fidgeting around with Paint or Photoshop, or trying to figure out the best way to fit text on that obscure image you’re meme-ifying. Filmora Meme Maker will help you through all of that in just a few clicks.

What’s even better, is that the Filmora Meme Maker is a completely free online meme maker and it doesn’t put any sort of watermarks on your images, which is awesome, so you can just create your meme and share it without a watermark ruining it.

Making Memes Online with Filmora Meme Maker Is a Breeze

Personally, I never thought I’d find myself making (or at least trying to make) memes. However, using the Filmora Meme Maker is easy enough that even if you’ve never made a meme in your life.

First things first, you’ll need an image or GIF that you want to create a meme out of. If you have it on your computer, you can simply drag and drop it into the Meme Maker website, or click on the upload box to choose it from a file picker. It’s pretty straightforward. Other than that, if you have an image or GIF that’s not on your PC, you can straight away paste its link in the text box below the upload box. 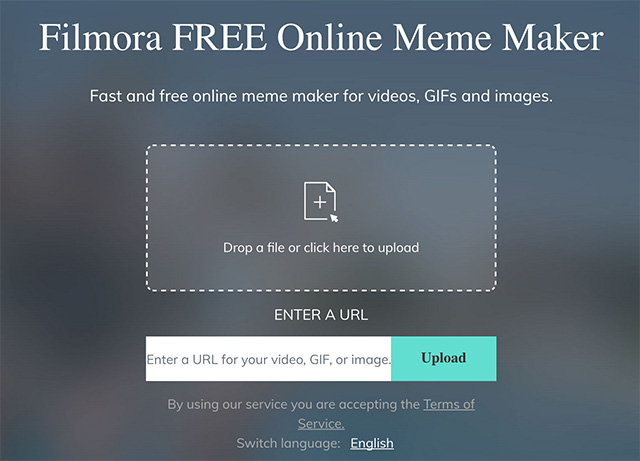 The Meme Maker has some nifty options for creating memes out of videos as well. For one, the tool automatically converts videos smaller than 5 seconds into GIFs. For other videos, you get the option to trim the video to your liking, thanks to the built in video trimmer.

Once you’re done uploading your meme-worthy image to Meme Maker, you’re taken straight to the editing page. This is where the real magic happens, as far as meme making can be considered a magical experience. Anyway, the Filmora Meme Maker gives you a bunch of options for creating the perfect meme. 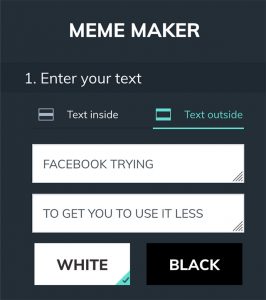 Anyway, once you’re done adding the text, Filmora Meme Maker also lets you add some flair to it. First off, there are a bunch of fonts that you can choose from. Personally, my favorite fonts out of these are ‘Oswald’ and ‘Source Sans Pro.’ However, other options might suit your fancy so make sure you check those out as well.

There’s also a handy alignment toolbar here that you can use to align your text to the left, right, or center, and then, to it’s right is the color wheel that you can use to choose the color for your text. Also, if something goes wrong and you want to remove all formatting from your text, you can always click on the ‘Reset’ button. Easy peasy. 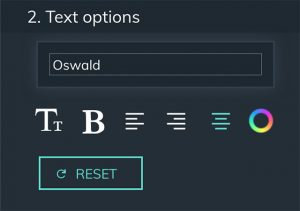 A Bunch of Exporting Options!

Once you’re done setting up the perfect meme, Filmora Meme Maker also gives you the option to export your meme in a variety of commonly used file formats including JPG, PNG, GIF, and even MP4. Keep in mind that these formats show up depending on the type of meme you’re making. So if you’re making a meme with an image that has transparency in it, Meme Maker will only show you the PNG option and so on.

Exporting the meme itself is really very simple. You can simply click on ‘Create’ and then click on the ‘Download’ button to download your very own meme to your PC or Mac. There’s also a handy button to create a new meme just in case you’re looking to make a bunch of memes. Here’s my completed meme-of-sorts: 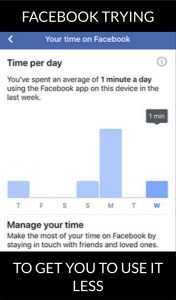 Use the Filmora Meme Maker to Create Your Own Memes

The Filmora Meme Maker is a pretty cool tool to create your own memes with ease, completely free and without having to download any photo editing tools. It offers support for images, videos, and GIFs, which is definitely cool. However, I did notice that importing videos from YouTube or Vimeo URLs wasn’t working, so that’s something to know. Anyway, the Filmora Meme Maker is definitely a handy tool to make memes. I liked creating some (very lame) memes to share inside our office WhatsApp group, and I’m sure you’ll like using it as well.

Filmora9: A Feature Rich Video Editor for Windows and macOS

Wondershare Filmora Review: A Video Editing Software for Everyone