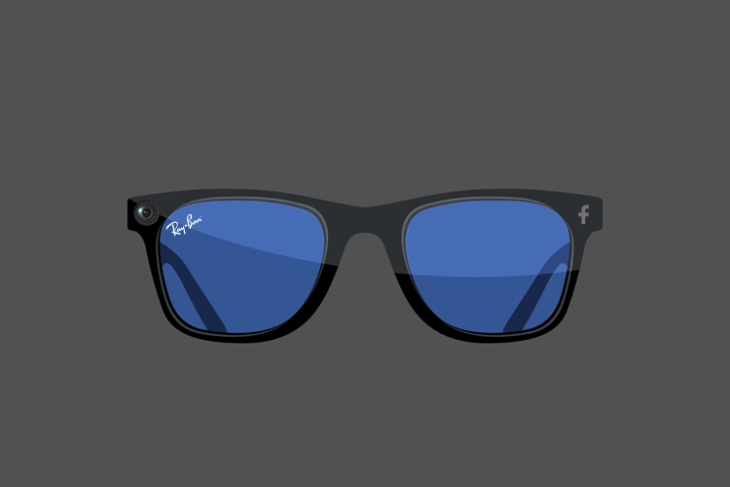 Citing the popularity of smart wearables and the potential boom of augmented reality (AR)-based technology in the future, Facebook was said to be working with premium accessory brand Ray-Ban to develop its AR-based glasses. Later, the social media giant confirmed that it has partnered with Essilor Luxottica, the parent company of Ray-Ban, to launch an AR glass this year. Now, we have some more details about Facebook’s Ray-Ban AR glasses, coming straight from CEO Mark Zuckerberg.

In a recent investor meeting, Zuckerberg confirmed that the company is working with Ray-Ban to develop a pair of smart AR glasses under its Project Aria. He told the investors that the smart wearable will have the “iconic form factor” of Ray-Ban glasses and will pack some “neat” features.

“I’m excited to get these into people’s hands and to continue to make progress on the journey towards full augmented reality glasses in the future,” said Zuckerberg during the meeting.

Now, for those unaware, Project Aria is Facebook’s research and development wing for smart AR-based wearable tech. The company announced it last year and has been working on it extensively to bring unique technological advancements to the smart wearable scene.

So, the Facebook-Ray-Ban AR glasses will be a core part of this project that will try to make Mark’s vision of a fully AR/ VR-based social platform a reality. In the past, Zuckerberg has stressed the potential of augmented as well as virtual reality experiences, and the pair of smart AR glasses from Facebook will be a stepping stone for his vision.

Now, although the CEO did not reveal much about the upcoming wearable, we already know that it won’t come with an integrated display. The company has previously confirmed that it wants to develop smart glasses that are “flexible enough to work for most face shapes and sizes,” to cater to more people.

Moreover, the description of Project Aria says that the smart glass could add “a 3D layer of useful, contextually relevant and meaningful information on top of the physical world.” So, the Facebook glasses could help users navigate around a city, find lost items, take photos or videos, or make a call without using their phones.

Coming to the availability, although previous reports stated that Facebook will launch the smart glasses this year, Zuckerberg did not share any details about the potential launch timeline of the product. Nonetheless, as we have now seen the company mention the product so many times in the past months, we can expect the company to launch the Ray-Ban-style AR glasses sooner rather than later. Stay tuned for more updates on Facebook’s Ray-Ban AR glasses.