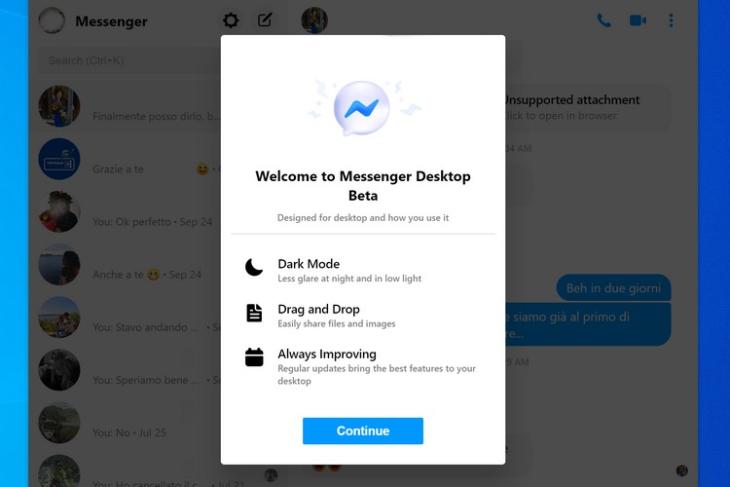 Facebook is reportedly working on an improved Messenger app on Windows desktops. Believed to have been first discovered by YouTuber, Aggiornamenti Lumia, the app is said to be based on the Electron open source framework, which allows developers to create cross-platform desktop apps that can run on Windows, Linux and macOS.

The app brings along a number of improvements over the current desktop app, including the addition of a Dark Mode. As can be seen in the video below, some of the other noteworthy features in the upcoming version include Drag and Drop, an option to delete messages permanently, the ability to send files, a full-screen mode, the ability to hide chats, a new icon and updated emoticons.

The new Messenger is yet to be officially available on the Microsoft Store, but one would hope that Facebook would release at least a beta version of it sooner rather than later. The app already has a functional beta program, so it will be interesting to see how long it will take for the company to roll out the new version to that channel. The YouTuber didn’t disclose how they got their hands on the software, so you’re unlikely to be able to access it right now. So, while you are waiting you should use these Facebook Messenger tips to get the most out of service right now.