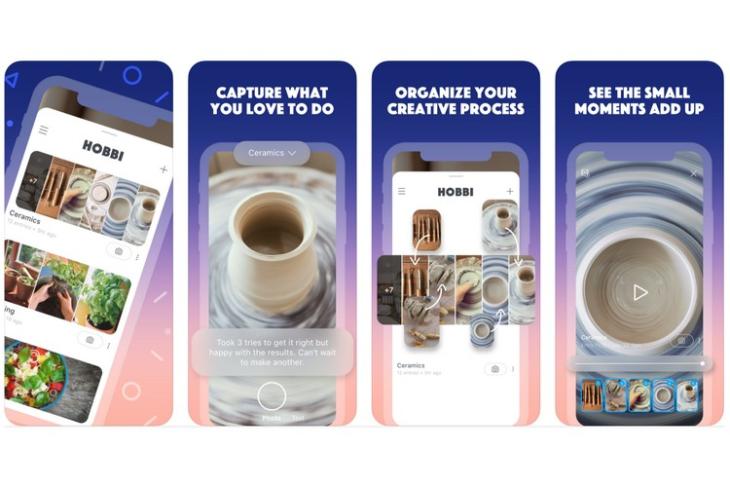 Adding to its collection of social media apps, Facebook has today released a new photo-sharing app called Hobbi that the company says will help users to ‘capture and organize (their) creative process.’ Interestingly, the launch comes merely days after Google’s Tangi app, which takes a more video-focused approach to personal creativity and DIY projects.

According to Hobbi’s App Store listing, the app helps hobbyists organize photos of projects into collections, such as gardening, cooking, arts & crafts, fitness, and more. It will enable you to track your progress over time. There’s currently no option to share these photos or collections on social media, but one should expect that to be added sooner or later.

Described on social media as a Pinterest clone, the app is reportedly available only on iOS in select markets, including Colombia, Belgium, Spain, and Ukraine. With Facebook yet to comment officially on its new app, there’s no word currently on when (or if) the company plans to release it globally. It’s not available on Android right now, but we assume that to change if the app gains traction among iPhone users.

Believed to have been first reported by The Information, the app has been developed by Facebook’s New Product Experimentation (NPE) team, which was set up last year to work on experimental projects for the social media giant. The team has already developed three other apps – Whale, Bump, and Aux, none of which have gained as much traction as the company would have hoped for.

Either way, now that Hobbi is available for download you can check it out on the Apple App Store, although, it’s worth noting that the link is only accessible from the regions where the app is available. The app is compatible with iPhones, iPads, and iPod touch devices running iOS 11.0 or later. So, if you are in one of the aforementioned countries, give it a go and let us know your thoughts about it.