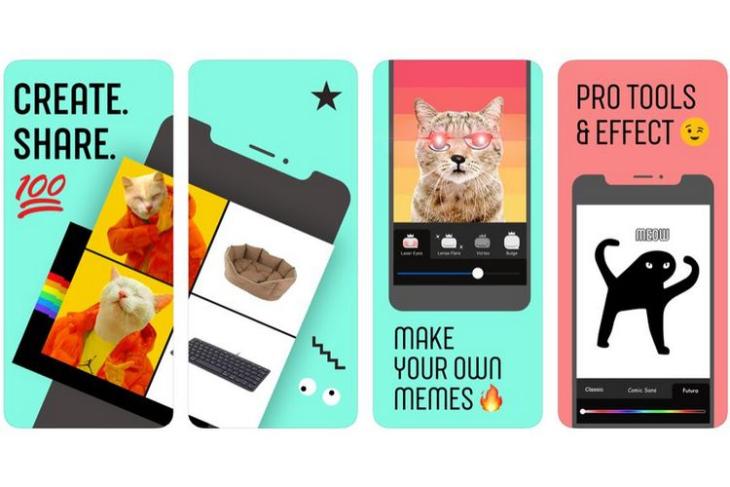 As part of its plans to possibly woo back young users leaving its platform in droves, Facebook has launched a meme-making app called Whale that the company says enables folks to use their own images to create and share memes on social media. Available only in select markets on iOS, the free app also has a stock photo library alongside annotation tools, filters, effects and more to help in the meme-creation process.

According to the app’s listing page on the Canadian App Store, users will also be able to add emojis, create their own image stickers with the crop-and-cut tools, apply filters and use popular effects like laser eyes, vortex, bulge and more. The images can then be saved directly to the phone’s camera roll or shared to social media and message threads right from the app. Overall, the company believes it will offer a fun and intuitive way for users to create and share memes on the go.

Believed to have been first reported by The Information, the app has been developed by Facebook’s New Product Experimentation (NPE) team, which was setup earlier this year to work on experimental projects for the social media giant. The team has already developed two other apps called Bump and Aux, neither of which have gained as much traction as the company would have wanted.

Either way, now that Whale is available for download (albeit in select markets), you can check it out at the link above. If it catches your fancy, give it a go and let us know your thoughts about it.