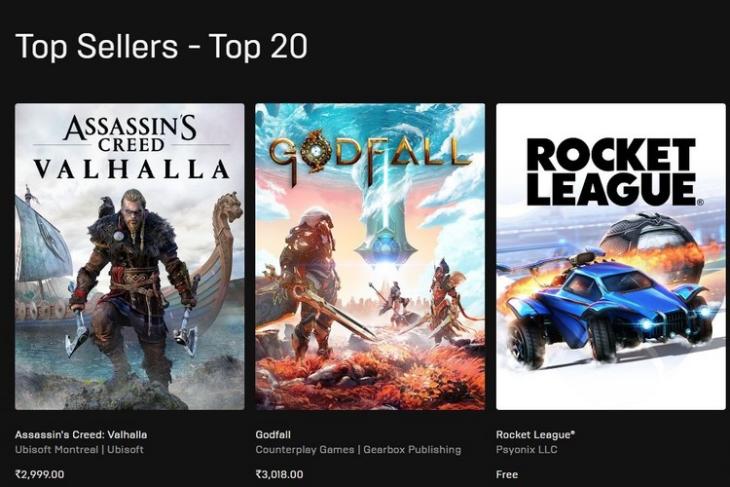 Apart from fighting the epic legal battle with Apple, Epic Games is also working on its online games Store to bring support for more foreign currency. The California-based game developers had earlier announced that localized currency support for India will arrive in 2021. However, for some reason, they’ve decided to add support for Indian rupees earlier than planned.

So, all the titles in the Epic Games Store show the cost in INR, which is pretty great news for Indian gamers. This means that you no longer need to worry about converting USD into INR every time you want to buy a game.

Now, some of the prices of the games match precisely with the price in Dollar, while some vary. This is because the developers have complete control over the prices.

Ubisoft titles like Assasin’s Creed Valhalla are now available at Rs 2,999 which was earlier available at $44 which is around Rs 3,250 approximately. Newer games like the upcoming Cyberpunk 2077 is quite expensive. It is available for pre-order on the Epic Games Store at Rs 3,205. However, the same title is available on Steam at a lower price of Rs 2,999. And that brings me to the next point.

Gamers will now be able to quickly compare the prices on Steam to that of the Epic Games Store and make an informed decision much faster than before. With this new addition of INR, Epic Games Store now supports a total of 25 currencies. These include: