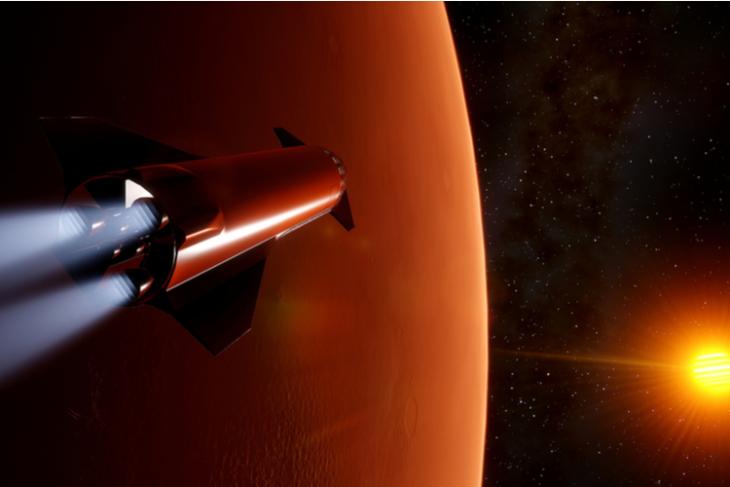 Apart from developing an entire army of satellites to deliver high-speed internet connection, Elon Musk’s SpaceX is also working hard to send humans to Mars. Now, in a recent award ceremony, the SpaceX chief talked about his plans to capture Mars and said that he is “fairly confident” that humans will be able to land on the red planet in the next six years.

The eccentric CEO and the founder of SpaceX, Elon Musk was recently given an award by a media giant. So, after he received the award, Musk did an extensive interview and talked about his companies, artificial intelligence (AI), and space travel.

SpaceX has been working on its flagship rocket, the Big Falcon, also known as the Starship for quite a while now. This is the ship that the organization will use in its mission to land on Mars.

Now, according to Musk, his space research organization will be carrying out an uncrewed mission to land on Mars in the next two years, given Earth and Mars are in sync. This Earth-Mars synchronization on their relative orbits around the Sun happens every 26 months. So, if luck favors, the said uncrewed launch will take place during the next inter-planetary synchronization.

Following the planned uncrewed mission in the next two years, Musk said that he plans to send humans on the red planet in the next six years. Then, according to his primary aim of making Mars our new home, the Tesla chief said that he will ensure that the necessary tech will enable “a lot of people to go to Mars and make life interplanetary, and to have a base on the moon”.

Musk also said that he himself will be traveling to space, “possibly” in two to three years. Moreover, he restated his wish to be eventually buried on Mars, because, why not?