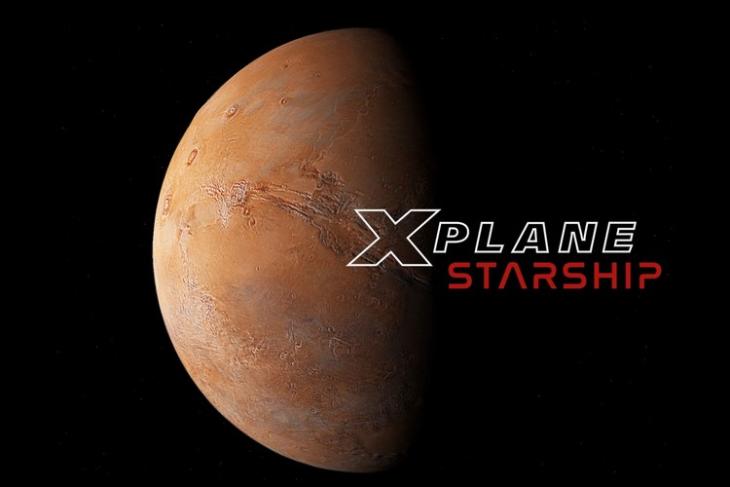 If you’ve ever wished to fly one of SpaceX rockets while watching a NASA live stream, then I feel you. However, recently I came across this simulator game that lets you fly one of SpaceX’s flagship rocket, the Big Falcon, a.k.a, the Starship. Not in real life but at least, on your iPhone.

Dubbed as X-Plane Starship, this iOS simulator game is developed by Columbia-based software company, Laminar Research. Previously, developers of the company have created many other simulator games for PC and Mac, like the X-Plane 11 which has been termed as the best physics-based simulator game in the market.

Fly the Starship to Space on Your iOS Device

Now, coming to X-Plane Starship, the simulator game comes in a massive 4GB package and is available only on the App Store. So, if you want to control SpaceX’s one of the biggest rockets, get ready to clear some space on your iOS or iPadOS device (if you have the starting model).

Once I installed the game on my iPhone X and the Starship came on to my screen, all its control-buttons and metrics actually left me bamboozled!

There were so many buttons and so much information that my brain actually played the Windows shut-down tone. So, I immediately went back to the “Mission Control” page of the game and saw that each mission had a “Brief” button beside it. Tapping this button opened up a tutorial video of that particular mission.

One of the researchers from Laminar Research will actually brief you about how to take-off, maneuver the ship in the air, and then land in the designated position using physics.

So, as I understand, the simulator uses the device’s gyroscope and accelerometer to detect the movements of the device. So, to control the starship, you have to use the on-screen buttons and move your device accordingly.

Now, in theory, this sounds pretty easy like driving a car in an Asphalt game, right? Well, I assure you that it actually is not. After taking-off, controlling the rocket mid-air is a major challenge. Moreover, there is a fuel limitation that limits you to fly for a long period. And if the fuel exhausts before you land properly, the rocket will explode, much like SpaceX’s other test-prototypes.

So, if you are planning to download the try out the game, do keep in mind that it will take up a massive chunk of space on your device, and might even frustrate you after you explode the Starship for the 52nd time in a row! Just don’t throw away your iPhone. The repairs aren’t cheap, right?