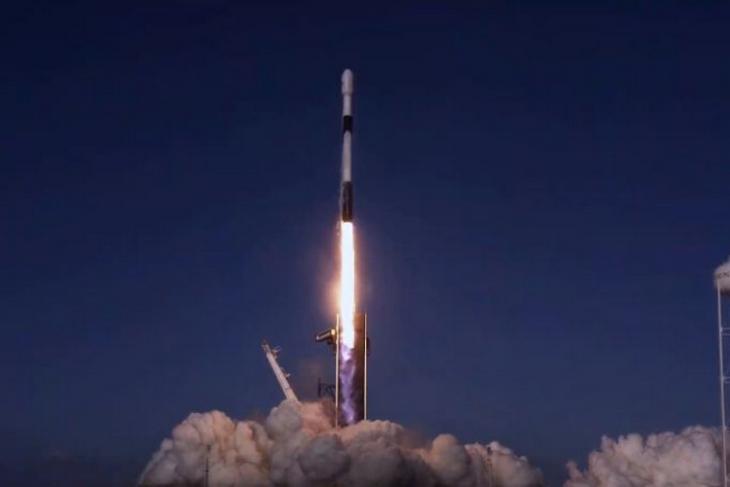 As part of Elon Musk‘s plans to offer satellite internet services, SpaceX on Sunday successfully launched 60 Starlink 13 mission satellites into orbit. The launch, which took place from NASA’s Kennedy Space Center at Cape Canaveral in Florida on Sunday morning (US time), was capped off with a successful landing of the launch vehicle at sea.

The launch took place aboard a two-stage Falcon 9 rocket, whose first stage touched down successfully a few minutes later in a textbook landing in the Atlantic atop one of SpaceX’s two autonomous ships. Named ‘Of Course I Still Love You’, the self-piloted ship works as a recovery vehicle for falling boosters following rocket launches. With the latest launch, the total number of Starlink satellites in orbit has has now crossed 800.

The latest flight was the 18th launch for SpaceX this year, which is a commendable feat, given the slew of stoppages and interruptions businesses have had to endure this year. Overall, it was also the 95th Falcon 9 flight since the introduction of the partially-reusable ‘Full Thrust’ variant in 2015. The rocket can lift payloads of up to 22,800 kgs to low Earth orbit (LEO) and up to 8,300 kgs to geostationary transfer orbits.

As for Musk’s proposed satellite internet plans, the service is currently in closed testing phase, whereby the company’s employees are checking it for usability, reliability and security. We don’t yet know the exact details, but the company claims that the service will be able to support multiple HD streams simultaneously. The company currently has the permission to launch 12,000 satellites, but the company is reportedly planning to launch as many as 30,000 over the next few years.