Skip to content
Home News Did You Know Elon Musk Voiced Elon Tusk in an Episode of Rick and Morty? 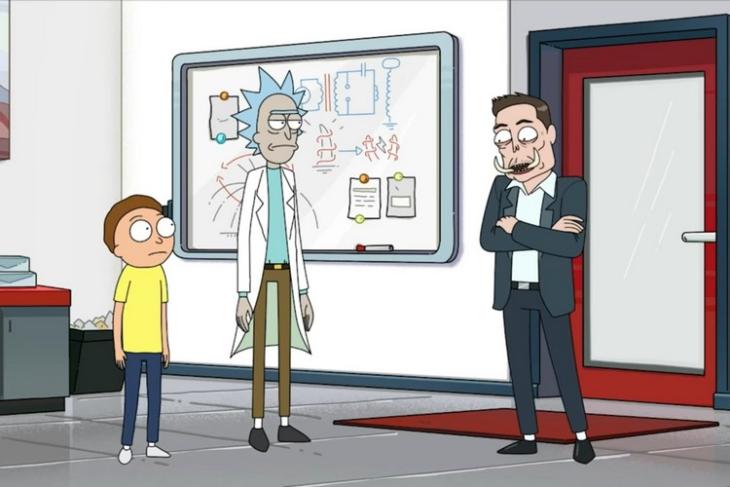 So, I was recently watching an episode of Adult Swim’s “Rick and Morty” when I discovered a surprising fact in the third episode of the latest season. Did you guys know that Elon Musk voiced a character in an episode?

Well, the CEO of Tesla not only voiced just some character in the episode titled “One Crew over the Crewcoo’s Morty”, but he voiced Elon Tusk, the alternate reality version of himself.

In the episode, Morty and his crazy old grandpa Rick were assembling a team to take on “Heistotron”, a machine made by Rick that can plan insane heists. So, they went somewhere in an alternate universe to recruit Elon Tusk, who runs “Tuskla”, a car-making company!

Now, Elon Tusk is an alternate-reality version of the real Elon Musk, who also exist in the show’s world. The difference between Tusk and Musk is that the Tuskla CEO has big monster tusks (duh!). So, when Tusk asked the duo why didn’t they recruit Elon Musk from their own reality, Rick said that as this is a team operation, they didn’t want “regular Elon” as he can be “a little bit controlling“. So, as Tusk grew up with those big monster teeth, overcoming the social challenges made him more collaborative and a team player, unlike “regular Elon”.

But when Rick got annoyed as Tusk behaved like “regular Elon” and asked the duo to move over from one position to another for no apparent reason, Tusk said, “Well, we (Musk and Tusk) are not opposites. I am just him with tusks!“.

When I was watching the episode, I did somewhat recognise the voice but wasn’t sure. However, my doubt got cleared when the credit screen stated “Special Guest Starring- Elon Musk”.

We all know that the Tesla CEO is one crazy billionaire in the world right now. The man appeared in several popular TV shows like Young Sheldon, The Simpsons and The Big Bang Theory. He even appeared in Iron Man 2 in a party in which Tony Stark goes.

So, if you want to check out the episode on Netflix, head here and see the Tesla CEO as an alternate reality version with tusks, running Tuskla!