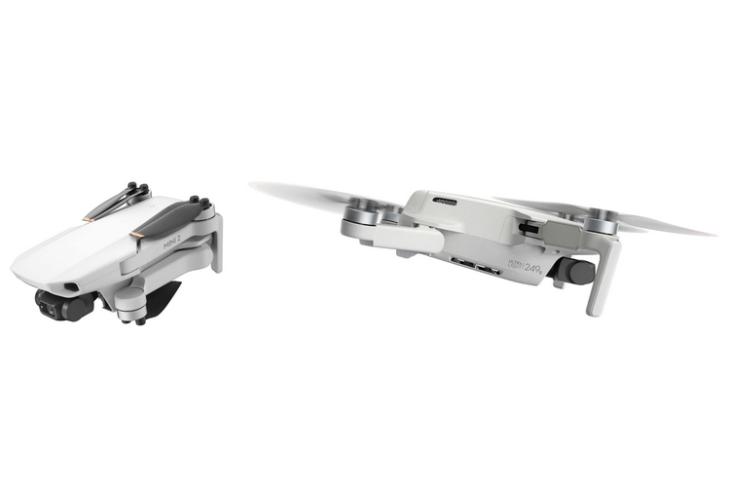 Having expanded its handheld photography portfolio over the past month with the launch of new gimbals and gimbal-mounted cameras, DJI has now unveiled the second-gen Mavic Mini that retains the ultra-lightweight body of its predecessor while adding a more powerful motor and bigger batteries. However, the single biggest upgrade in the DJI Mini 2 (the ‘Mavic’ branding has been dropped) is its 4K 30fps recording abilities that was missing in its predecessor. The Mini 2 also supports 2.7K and 1080p (2K) recording offered by the original Mavic Mini.

The new drone still weighs the same 249 grams as the original Mavic Mini, allowing it to escape registration requirements by the US aviation regulator. Drones that weigh 250 grams and more require FAA registration for outdoor flights in the US. DJI also claims that the Mini 2 comes with up to 31 minutes of flight time in spite of retaining the ultra-lightweight form-factor of its predecessor.

The Mini 2 comes with a more reliable OcuSync 2.0 transmission technology that reportedly offers a 6.2-mile range, a massive 150% increase over the 2.5 mile range of the Mavic Mini. According to DJI, it can take off at a maximum altitude of 4,000 meters and fly in winds up to 24mph (38kmph), which is a significant improvement over the original Mavic Mini that’s rated for windspeeds of up to 17.7mph (28kmph).

The Mini 2 supports up to 10 km of HD video transmission, with DJI claiming “excellent anti-interference capabilities” that it claims would give users the ability to fly farther and see clearer. Video shooting modes include Wide-Angle, 180-degree, and Sphere panoramas, as well as pre-programmed modes like Dronies (subject-tracking shots) and Rocket (flying straight up and looking down). The drone can now also directly connect to the DJI Fly app that features built-in photo editing and Quick Share options.