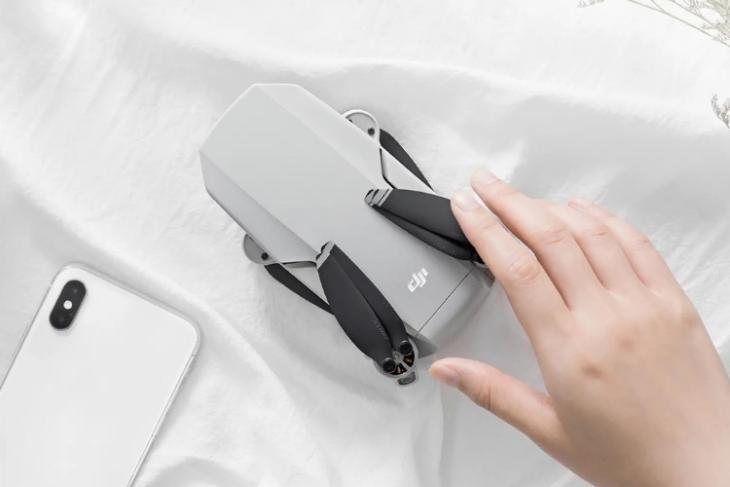 DJI is probably the most renowned name in the drone industry. The company may have created its name with the Phantom series in the past but has recently started focusing its efforts towards slimming down the form factor of its drones. The latest entrant in this journey has to be today’s much-rumored, much-anticipated release – the Mavic Mini.

Mavic Mini is the “lightest and smallest drone” that DJI has ever built. The company strives to make drones more accessible to the masses with this launch. The Mavic Mini weighs in at just 249 grams, which is equivalent to most smartphones these days with bigger batteries, of course.

The best part, however, is that the weight of this drone has “made it possible for more people to own this thing” since they would no longer need to go through the hassle of registering the drone or the tons of paperwork. You can fly the Mavic Mini for leisure in your backyard at any time. It’s a purposeful move.

While everyone assumed Mavic Mini will be the most affordable 4K drone in the market, video recording on this thing is capped at 2.7K Quad-HD at 30fps. Yeah, you don’t even have a 60fps recording option that would make your videos feel a lot smoother. However, this is better than the Mavic Spark, which only offered 1080p video recording.

DJI Mavic Mini will offer you up to 30 minutes of flight time, with a range of up to 4kms, which is pretty decent for such a tiny drone. The camera sensor is still mounted inside a three-axis gimbal, which will help record super-stable videos.

GPS receivers and visual sensors are present aboard, but the well-known and impressive obstacle avoidance feature has been removed to keep this form factor. Mavic Mini will be easy to fly, allowing drone enthusiasts to use either the remote controller or DJI Fly app.

The $499 Fly More Combo, on the other hand, includes a 360-degree propeller cage, a 2-way charging Hub, 3 batteries, 3 sets of extra propellers, and a carrying case apart from your usual contents listed above. This drone goes on sale from November 11.

Good news for Drone fanatics in India! I have got to know that DJI is planning to officially launch its drones in India. They are waiting for some regulatory approvals and if everything goes well, you will have them in the market soon! Great, right?! #DJI #DJIDrones pic.twitter.com/1a8GdkykWs

Now, Mavic Mini could mark the official entry of DJI into India’s drone market since it has decided to make a lightweight drone that does not require licensing available to its users. At least that’s what the rumors mill suggests. Though if it’s true, we could see a lot more drone enthusiasts crop up in India over the coming year.