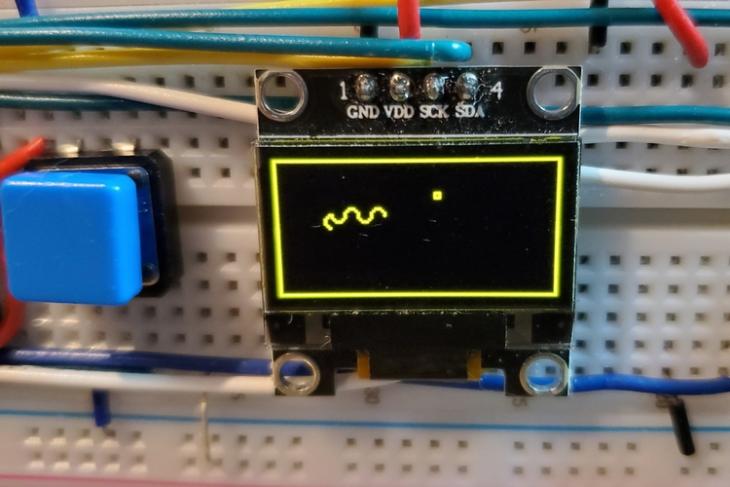 While we have seen a lot of Raspberry Pi projects in the past, a developer named Hari Wiguna has created the nostalgic Nokia Snake game for his Raspberry Pi Pico. He wrote the game in MicroPython and the code for the game is available on GitHub.

Hari Wiguna’s Raspberry Pi Pico hardware setup consists of five buttons to control the snake’s movement and a 128 x 64-pixel OLED display for seeing the game. The basic premise of the game remains the same – you die if you hit the walls or run into yourself. And the snake speeds up as it grows longer. What makes this implementation of the Snake game unique is that the snake slithers as it moves during gameplay.

“There are probably easier ways to implement this, but I really enjoy working within self-imposed constraints. I wanted it to be on the 128×64 pixel OLED that I have, so I could not afford to waste screen real estate on big sprites. The sprites I use are only 4×4 pixels! I wanted it to be written in MicroPython because I enjoy the interactivity and super fast no compile dev cycles,” wrote Hari Wiguna in his Hackaday post.

If you want to check out a video demonstration of this snake game, you can take a look at the YouTube video linked above. Moreover, the game is available on GitHub if you want to try it out on your device or want to collaborate with the developer to add more features to this fun side project.