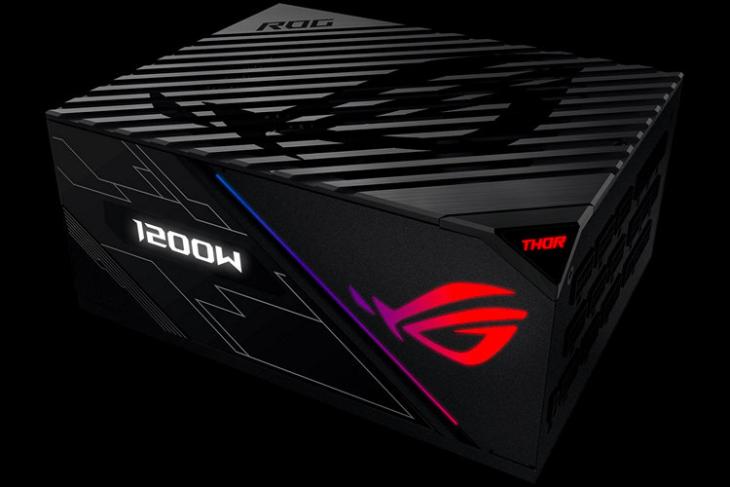 At Computex 2018, Asus has unveiled its very first ROG-branded power supply – the Thor 1200W Platinum PSU, as well as its very first all-in-one (AIO)coolers: the ROG Ryujin and Ryuo. On the PSU, the company says it has enhanced the cooling on what was already a high-quality PSU, and included customizable Aura Sync lighting and a real-time wattage display.

The coolers, meanwhile, come with the company’s Aura Sync lighting and a full-color LiveDash OLED. The company says that it teamed up with Asetek to design these coolers that are trusty, reliable and very effective at pulling heat away from the CPU. Further more, the pump and radiator are linked with reinforced sleeved tubing to improve durability, says Asus.

As mentioned already, the ROG Thor is Asus’ first-ever ROG-branded PSU. The company says it is starting at the top because most of its ROG customers use overclocked CPU with a multi-GPU setup that requires high amounts of power. The company says it will introduce a more mainstream 850W unit later this year that will come with the same quality, but will be made for rigs that are ‘not as extreme’. 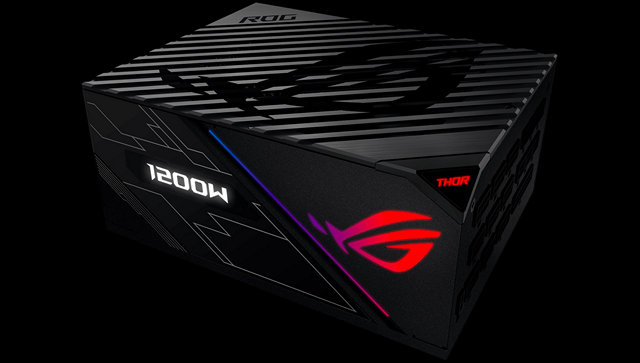 The PSU, according to Asus, was developed by the company’s GPU division, and has an 80 Plus Platinum certification that guarantees efficiency around 90% for a range of loads and input voltages. It also comes with an OLED panel on the side to display its total output wattage in real-time. The company even offers a whopping 10 year warranty on the unit, which is impressive, to say the least.

The ROG Ryujin is Asus’ flagship thermal solution available in radiator sizes of 240mm and 360mm. It comes with NCVM effects, with the surface treatment and slash across the face matching the company’s recent motherboards designs, to match the aesthetic of that beefy rig. There’s also an embedded 60-mm fan inside the pump housing for even better heat dissipation. Asus presents the two images to show exactly how beneficial the fan is to the entire cooling system.

The company says it designed the Ryujin “to meet the thermal challenge of newer CPUs with ever-higher core counts”. It brings Noctua’s industrial-grade iPPC-2000 PWM 120-mm fans that generate 122 CFM of airflow at 2,000 RPM. Asus claims that they are both quiet and efficient, with a 29.7-dB(A) acoustic footprint.

The ROG Ryuo was designed to give gamers the option of being able to buy a high-quality cooler without having to pay a high price. It comes with an aluminum pump, and comes in 240mm and 120mm sizes, which make them ideal for mid-sized builds and smaller form factors. The radiator fans are based on Asus’ in-house Wing-Blade design, which is shared by ROG graphics cards and the Thor PSU.

Asus says that the shape of the Ryuo is optimized for high airflow, generating 81 CFM at 2,500 RPM. “That’s more flow than what the fans on typical air coolers produce at same 37.6-dB(A) noise level”, claims the company.

Asus hasn’t announced either the pricing or the exact ETA for any of the aforementioned devices, but says that they will arrive sometime next quarter (Q3, 2018).