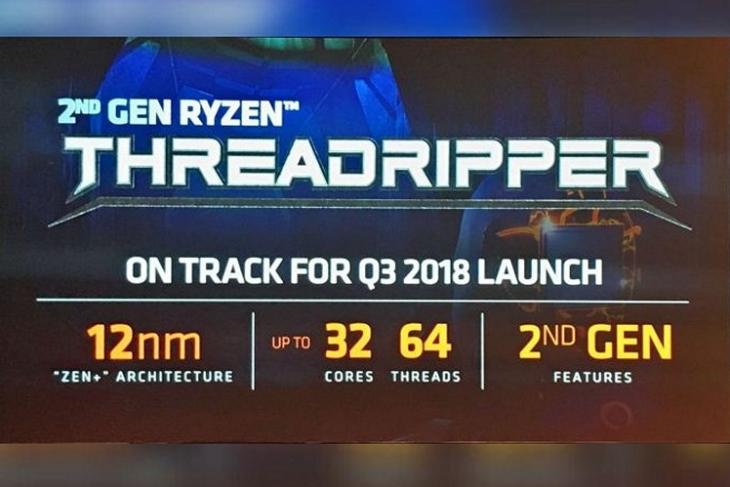 At the Computex 2018 in Taiwan on Tuesday, AMD demoed what’s expected to be the company’s flagship CPU this year as part of its second-generation Threadripper lineup. The chip, which was originally announced at the CES trade show in Vegas earlier this year, comes with a whopping 32 cores and 64 threads, and is expected to go head-to-head with Intel’s newly-announced Cascade Lake-X CPU with 28 cores and 56 threads.

Alongside the 32-core monster, AMD also showcased a 24-core, 48-thread chip that will also be a part of the 2nd-gen Ryzen Threadripper lineup, and will use the same four-die CCX configuration as its big brother.

The Threadripper 2 chips are based on the same 12nm Zen+ architecture that’s used for the current Ryzen 2000 lineup. The chips are going to feature the company’s 12nm Zeppelin dies, as well as better boost and faster caches. While AMD didn’t say as much, AnandTech is quoting unnamed motherboard vendors as saying that the new 2nd-gen Threadripper CPUs will have a peak TDP rating of 250W, although, the power consumption will, apparently, be much lower under most scenarios.

While the new chips are expected to be compatible with the current-gen X399 motherboards, AMD might release a new chipset for enthusiast overclockers, because the last-gen chipset may struggle with the increased power requirements of the new processors, thereby capping their overclocking abilities.

According to AnandTech’s sources, the new chips will hit retail shelves in ‘early August’, even though, there’s no official ETA from AMD just yet. As you’d expect, there’s no word on pricing either, but expect to hear more on the subject as we come closer to the launch date.