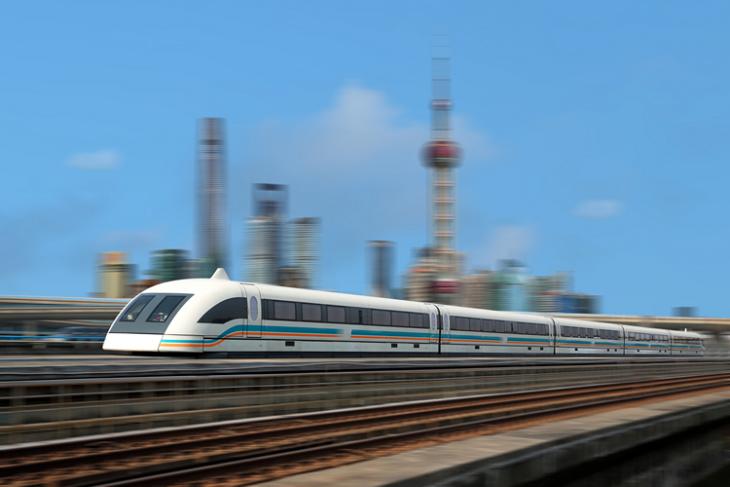 China has always been obsessed with speed when it comes to rail transport. The country is home for some of the fastest trains in the world and it is now stepping up its speed game even further by utilizing the potential of magnetic levitation.

According to recent reports, China has planned to lay maglev tracks in its central province starting early next year. The authorities are currently conducting feasibility studies for kickstarting the project.

If everything goes as per the plan, a trip from Guangzhou, a city in China to Beijing could be done at speeds ranging from 600km/h to 1,000km/h which is definitely a step up from the current 350km/h speeds.

What’s more, Asia Times states that a 2,200-km journey from Wuhan to Guangzhou could be reduced to about two hours. Imagine traveling from one part of the country to the other that could traditionally take about 10 hours on other modes of transport in just 2 hours. Incredible, isn’t it?

The 600km/h maglev train prototype will be hopefully ready for trials in 2020 on a 200-km track made of vacuum tubes to push the train to its upper limits. We’ll have to wait to see how that goes.

In case you’re wondering, China is not the only country interested in maglev trains. A China Railway Group engineer told a local news outlet that Japan, Germany, and the US are also working on their own versions of maglev trains.

He even emphasized that China’s lead in high railway speeds using conventional methodologies won’t give it an initial lead to compete against these countries since the maglev technology works differently. Well, I do agree with that but China does have some really fast maglev based trains currently and I do think they have an edge on this.

So, what are your thoughts on these blazing fast maglev trains? Let us know in the comments.