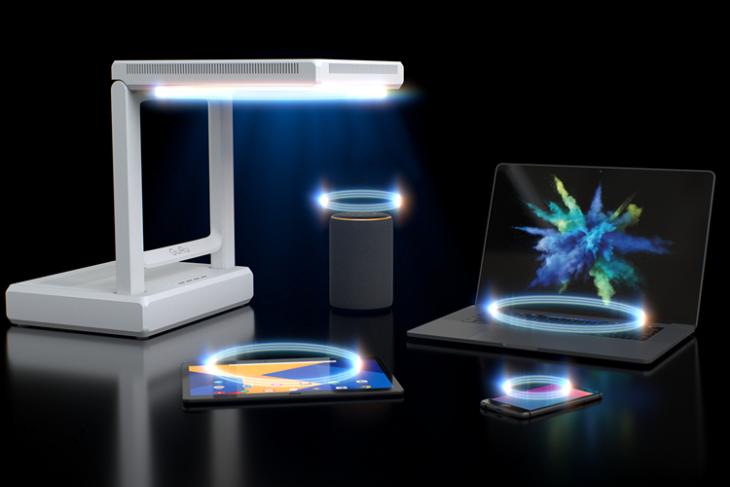 The ability to offer true wireless charging (i.e not having to place it on a charging pad) is something even renowned technology giants have not figured out yet. But, a California-based startup company called Guru claims to have developed infrastructure to make true wireless power transmission possible. It will showcase its technology at CES 2020.

Guru has a wireless charging system that uses high-frequency radio waves (millimeter wave) as a medium to transmit electricity. You can expect three prototypes of the Guru’s technology at CES later this week.

In an exclusive first look to The Verge, the company explained how the technology works behind the scenes. The aforesaid three prototypes include a desk charging system capable of charging any gadget within its radius, a more powerful prototype that could potentially power any gadget in a room, and a robot that moves around to charge smart home products.

“The idea of sending power of distance is not new. Nikola Tesla had that same idea that power should be sent wirelessly,” CEO & co-founder Florian Bohn said in the interview. “What makes us different is we’re using very advanced technology as well as our system design and mmWave technology that allows us to send power in a controlled and safe and effective manner.”

While numerous startups have tried and failed to implement a robust true wireless power transmission system in the past, Guru counts on two major parameters – mmWave and the company’s proprietary Smart RF Lensing.

Smart RF Lensing technology enables Guru to beam energy to tiny receivers, which makes the technology more scalable. “One of our strengths as a company is our tech has this versatility of usage — lower-power short distances up to very large power over long distances. The differences being the size and the cost point of the end product,” Bohn added.

I know, all of this sounds amazing but there is a catch. Since the devices in the consumer market don’t natively support the company’s cutting-edge charging methodology, installing a physical receiver is mandatory to make the device compatible with Guru’s charging system. The charging speed is also relatively low when compared with wall chargers and comes closer to Qi wireless chargers.