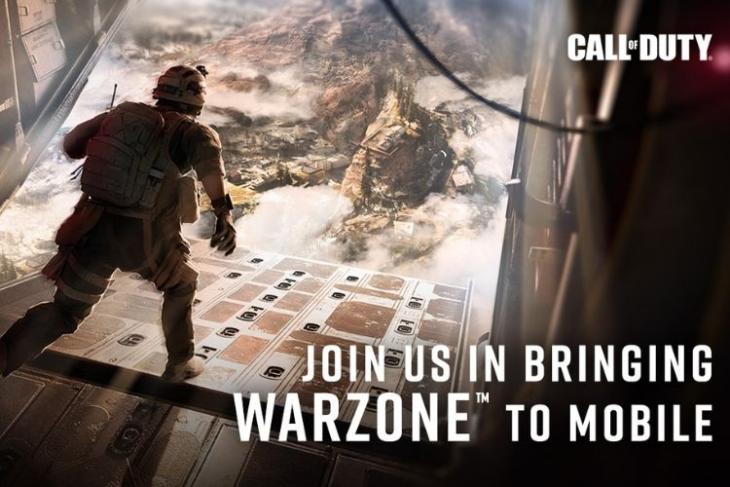 The mobile gaming boom doesn’t seem to be coming to an end anytime soon. Merely a couple of days after the Apex Legends Mobile soft launch, Activision has announced its plans to bring Call of Duty Warzone to mobile devices. This will join recently launched battle royale titles on mobiles, including PUBG New State, and fill the gap left by games like Free Fire in India. Let’s look at the details.

On the occasion of the second anniversary of Call of Duty Warzone, the developer shared an official blog post to announce that it is building the game for mobile phones. It will be independent of the PC and console title and likely won’t support crossplay.

The blog post is an invitation for developers to work at Activision and build Call of Duty Warzone for mobile. Though not many details have been revealed at the moment, Activision describes COD Warzone as this “large-scale, battle royale experience is being built natively for mobile with cutting-edge technology designed to entertain gamers around the world for many years to come.”

The roles that Activision is hiring for include production, art, engineering, design, and more. This suggests that the game is in the early stages of development at the moment. Moreover, if you didn’t know, Activision acquired mobile game developer Digital Legends earlier last year to work on this very game. The Digital Legends team is working on the Call of Duty mobile game alongside Beenox, the Activision Shanghai Studio, Demonware, and a new studio called Solid State.

As for the release date, the official blog doesn’t talk about it in any capacity. However, industry figure Tom Henderson shared a tweet with an interesting tidbit from Activision’s conference call last month, and it’s the fact that Call of Duty Warzone Mobile will release sometime later this year.

So yeah, there’s a lot in store for mobile gamers in 2022 and beyond. Apart from Apex Legends Mobile and COD Warzone, we will also see the launch of World of Warcraft and other metaverse games in the coming years. Are you excited to land on Verdansk in COD Warzone on your mobile phones?

Call of Duty Warzone 2.0 is Releasing in November with New Map and Gameplay