Skip to content
Home News Call of Duty Warzone 2.0 is Releasing in November with New Map and Gameplay 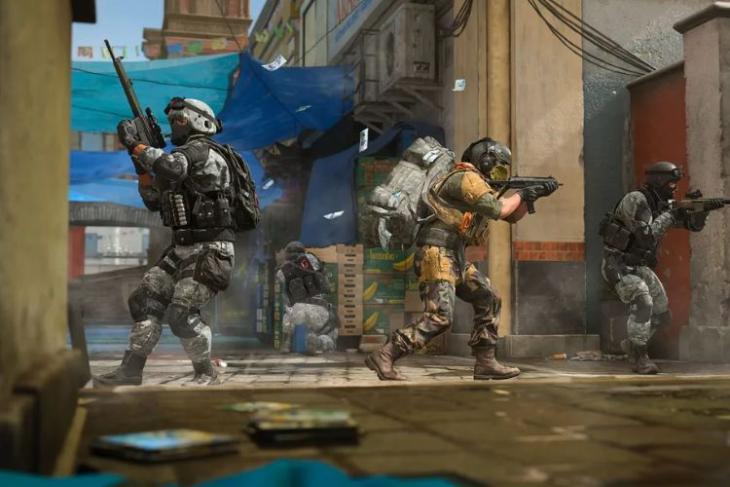 In the COD Next showcase, Activision finally revealed Call of Duty Warzone 2.0. With this successor to the franchise’s already popular BR game, we are getting a new map, new weapons, and combat mechanics in exciting action-packed gameplay. Not to forget, after months of waiting, we also have a release date for the new Warzone 2.0 experience. And to make sure that you are up to date, we’re here with all the major announcements about Warzone 2.0 you should be aware of.

The sequel to Call of Duty’s battle royale game is going big in every sense, and its map is no exception. COD Warzone 2.0 will drop you on a large map called “Al Mazrah” that offers desert, rural areas, seaside, and a modern city setting — all on the same map. As the name reveals, most of the map’s architecture and vibes feel like something out of modern-day Arab countries.

Coming to the gameplay, almost all buildings on the map are open and offer an opportunity for different play styles. If you are a sniper, you can jump from rooftop to rooftop and avoid stepping a foot on the ground for the most part of the gameplay. Meanwhile, if you play an initiator role, then the map also offers sharp angles and a variety of covers.

Gulag is Back and Better

Call of Duty Warzone 2.0 is bringing back the popular Gulag area from the original game to give players a second chance to jump back into the action. But this time, the stakes of this loot-filled location are much higher. Instead of fighting and winning a 1v1 against another player, you will now have 2v2 matches and will also have to take care of AI wandering in the area. Though, weapons scattered all around the Gulag area can help you out in the same.

Other than the overall world changes, COD Warzone 2.0 also features more accurate weapon-based gameplay. The camera keeps up with your every move and allows a smoother movement than any previous COD game. Though, the realistic weapon movement and unique style of recoil in all weapons are going that can take time to get used.

As for the weaponry, the COD Warzone 2.0 will feature all the weapons (as well as the new throwables) that are in the new Modern Warfare 2 title. Beyond the common spots, you will be able to collect weapons from buried chests that stay at the same location in every round. And if that doesn’t go as planned, Gulag is always an option.

No battle royale game can be complete without a shrinking circle, and Warzone 2.0 is definitely not an exception. But what’s exceptional here is the way in which Activision is implementing the circle mechanic. As you expect, the round begins with a huge circle that covers the entire map. Then as time passes, the circle starts shrinking and slowly kills the players that are stuck outside.

However, when the circle is one-third the size of the map, it splits into 3 smaller circles that generate around the mass of players. You can use these safe zones (circles) to play aggressively or avoid fights altogether to keep yourself safe. At the end, when the final zone shows up on the map, these circles merge into one final smaller circle that usually spawns in the middle of these three small circles. That’s where the final showdown happens to leave the last player(s) standing to be the victor.

While keeping a lot of main features the same, Warzone 2.0 is bringing many new and welcome changes to the table. It will release on 16th November, 2022 on PlayStation 4, PlayStation 5, Windows PC, Xbox One, and Xbox Series X. Meanwhile, the mobile version of Warzone is still out of our reach. It will be launched in 2023, but no official release date has been revealed yet.

With that, are you excited to play the new Warzone? Or do you like the original iteration of the game more? Tell us in the comments below!

Call of Duty Warzone Is Coming to Mobile

Call of Duty: Modern Warfare 2 is Getting Multiplayer and Third-Person Mode