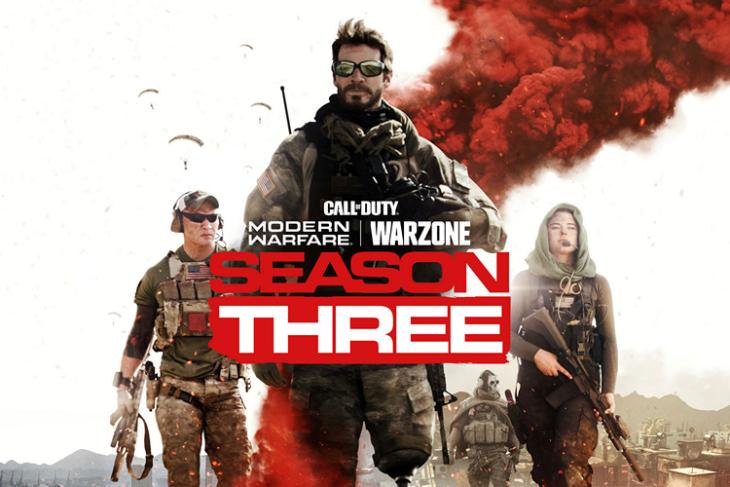 With just hours to go for Call of Duty: Modern Warfare Season 3 to go live, Activision has revealed some of the changes that players can expect going forward. First off, the game gets three new 6×6 multiplayer maps, including the Talsik Backlot city in the middle of the Urzikstan desert, the Hovec Sawmill in a quaint village that’s in danger of total devastation and the Aniyah Incursion that is a more enclosed version of the area around the Aniyah Palace.

Call of Duty: Warzone, the free-to-play battle-royale version, also gets a host of new features, including a new four-player squad mode called ‘Quads’, alongside new weapons and skins. The new mode will be available for Battle Royale and Plunder, allowing gamers to team up with up to three players to create a squad of four.

In the coming days, the game will get more modes and playlists that change the loot pool to specific weapon types. Activision also plans to add high action modes such as ‘Scopes and Scatter Guns’ along with other surprises. Other updates in the upcoming season will include a new Battle Pass, as well as new vehicle skins which apply to the vehicles found in Verdansk.

The Warcom will also get a couple new operators, including ‘one-man army’, Ronin, described by Activision as “a saboteur and master of multiple fighting systems”. In an official blog post, the company said: “Ronin is also proficient in unconventional warfare, foreign internal defense, special reconnaissance, and is just as ruthless with his Finishing Moves as the rest of Warcom”. Alongside Ronin, there’s also Iskra, a new Allegiance fighter in the Chimera division.