Skip to content
Home Internet Cable vs Fiber Broadband: Which Is Better?

While billions of people around the world are still struggling to get access to basic internet, many of us are fortunate enough to live in areas where relatively cheap and super-fast internet is readily available, with cable companies, telecom service providers and standalone ISPs fighting tooth-and-nail for mind-share and market-share. However, with so many different technologies competing for our attention, it is becoming increasingly difficult for average consumers to pick one over the other. So, in case you’ve ever wondered which broadband internet technology is right for you, you should read on, because over the course of this article, we’ll delve deep into the cable vs fiber debate and tell you about all the differences and similarities between the two competing technologies in an attempt to make the job of choosing an ISP just that bit easier for you.

What is Cable Broadband?

Cable TV networks are some of the largest providers of internet service to consumers around the world. Cable internet access typically uses a cable modem at the customer premises to transcode digital signals into electronic ones and vice versa. While there are many competing technologies that allow cable companies to provide internet connectivity to their users, DOCSIS, or Data Over Cable Service Interface Specification, is one of the more popular technologies, with the DOCSIS 3.x standard being adopted more widely by cable service providers with every passing year. While cable companies can, in theory, choose fiber optic cables to provide internet to their subscribers, most choose to stick to co-axial cables that have been used for decades to transmit TV signals. So what are co-axial cables and how do they help in the transmission of signals? 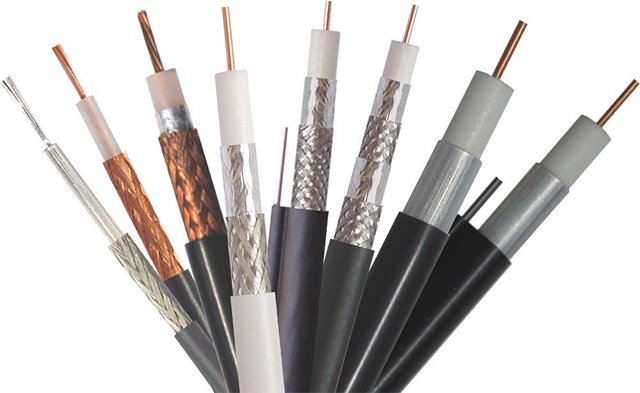 Co-axial cables typically consist of a copper core wrapped by a dielectric insulator and a woven copper shield wrapped on the outside by a plastic sheath. The technology goes back to the late nineteenth century, with the basic, underlying design patented by English engineer and mathematician Oliver Heaviside in 1880. Over the past century, co-axial cables have been used extensively for the transmission of radio frequency signals, acting as feedlines connecting radio transmitters and receivers with their antennas, digital audio (S/PDIF), as well as for cable television signals and internet connections.

What is Fiber Broadband?

Fiber broadband is a generic term for any broadband network that uses fiber optic cables for last mile communications. The benefits of using optic fiber to transmit signals are many. First off, because of extremely low attenuation, signals passing through these cables are nearly lossless, which not just enhances signal quality for end-users, but also saves money for operators by allowing much longer distances between amplifiers or repeaters. Secondly, fiber optic cables are also much less prone to disturbances from ground currents or other parasite signals that are common to copper cables, which makes the signals much cleaner and purer for end-users as opposed to the signals coming via copper cables. So what is optic fiber and how does it differ from traditional copper cables? 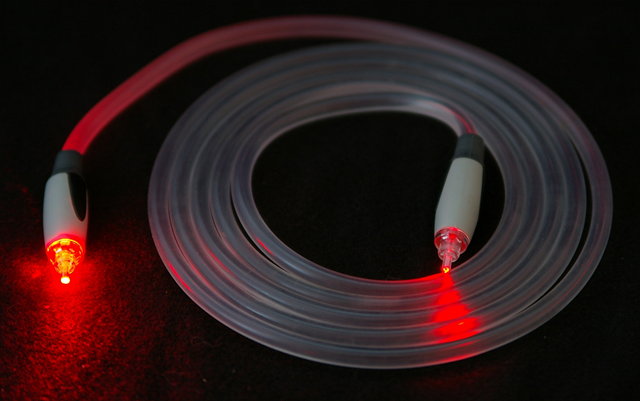 A fiber optic cable consists of glass or plastic core surrounded by a transparent cladding material with a lower index of refraction. Unlike co-axial cables that transmit electric signals, communication via fiber optic cables is done by sending pulses of light that are modulated to carry information. The light signals form an electromagnetic carrier wave, and is transmitted to the other end by the phenomenon of total internal reflection, which is possible because of the low-refraction-index cladding, because a cladding with a higher index of refraction would have allowed the light to escape the cable.

Cable vs Fiber: Speeds and Reliability

As far as the consumer is concerned, one of the key areas of difference between cable and fiber broadband are the speeds. While copper cables, such as Cat5e and Cat 6, can provide Gigabit speeds (1Gbps), signal quality and speeds both take a hit after about 100mts (around 325ft). Typical optic fiber cables, on the other hand, are capable of sustaining such speeds over dozens of kilometers because of reasons outlined above. Which is why, the ISPs offering the highest speeds typically tend to offer FTTH (Fiber to the Home) connections.

Fiber internet is also generally more reliable because of low attenuation and crosstalk as mentioned above, but because it is much more difficult to splice fiber than copper, repair work becomes a real problem in case fiber optic cables get damaged during road construction, sewer maintenance, or natural calamities. 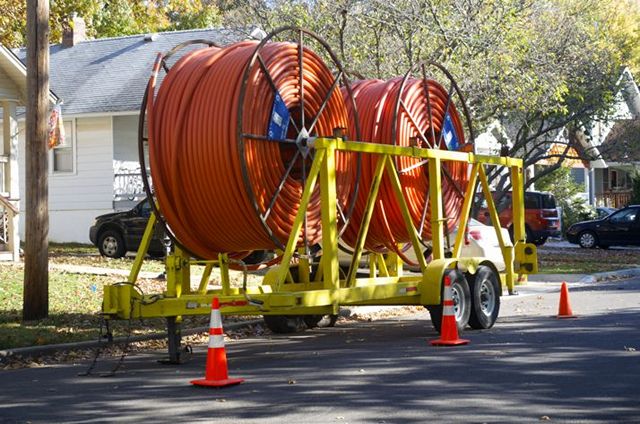 While fiber is typically faster than copper, you’ll do well to note that internet connection speeds depend on a number of factors. First and foremost, because residential connections are not ‘dedicated’, what you get is a ‘shared’ plan, whereby bandwidth is shared between multiple users in a neighborhood irrespective whether you’re on fiber or copper. While this allows ISPs to provide cheap internet to millions of users, it also affects your overall bandwidth, which is why your speeds are always advertised as “up to”. Dedicated plans are mostly used by businesses and while they are more reliable and speeds are always guaranteed, they do cost an order of magnitude more.

Cable vs Fiber: Pricing and Availability

Prices of fiber equipment have come down significantly in recent times, paving the way for ISPs to replace their legacy copper networks with fiber all the way to the customers’ homes. With large and influential cable companies like Comcast in the US and Hathway in India starting to offer DOCSIS 3.x-based FTTH connections with ultra-high speeds at affordable prices, differences in pricing between cable and fiber has almost entirely faded away, especially in most of the large, metropolitan areas around the world. 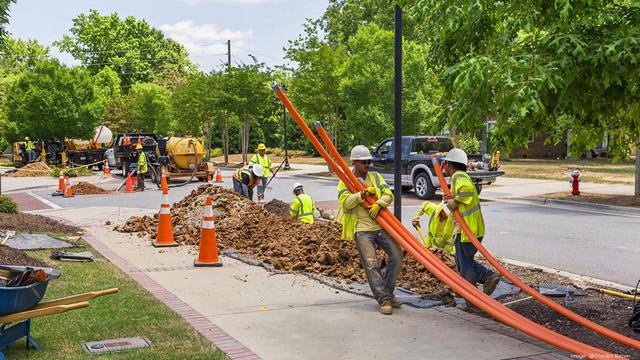 The picture, however, continues to remain grim in rural areas and in many small towns, where fiber-based high-speed internet is still a bit of a luxury for the most part. Basic DSL and copper-based internet connections are still the rule rather than the exception when you move out of the large cities and their suburbs, but the high pricing of super-fast fiber broadband in those areas is more a factor of the free-market system than because of the prices of fiber equipment.

Cable vs Fiber: And The Winner Is …

Very seldom do we have a clear winner in debates between two competing technologies, but this is one of those cases. Co-axial cables have served the cable TV and internet industry very well over the better part of four decades, but end is nigh. Sure, they still have a lot of life left in them as far as many other applications are concerned, but optic fiber is just better suited for the high-bandwidth requirements of twenty-first century internet-based applications. With IoT (Internet of Things) devices set to increase exponentially over the next decade, the streaming of 4K videos becoming more common for cord-cutters on platforms such as Netflix and Amazon Prime, and 3D-printing said to become a thing for mainstream consumers, bandwidth requirements are only going one way. And the co-axial cable, for all its strengths, just cannot compete with fiber on that front. 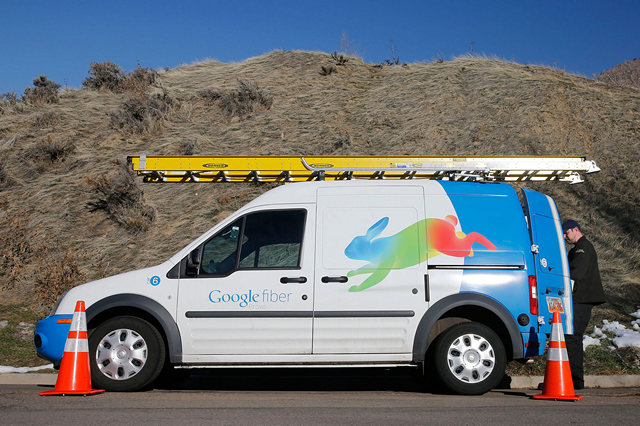 Fiber optic cables are also less susceptible to interference from nearby power lines, electrical equipment or even lightning, because they transmit no electricity and, are made from non-conductive materials like glass or plastic. While copper wires are still slightly less expensive than optic fiber on a cost-per-mile basis, the benefits of RFoG (radio frequency over glass) far outweigh their slightly higher upfront costs.

SEE ALSO: IPv4 vs IPv6: The Future Of Internet Protocols

Cable vs Fiber Broadband: The Future of Wired Internet

While the future of wired internet belongs to fiber according to most researchers and industry insiders, the question many are asking is whether wired internet is the future at all. With wireless carriers in Japan, South Korea and the U.S. already demoing Gigabit speeds on their experimental 5G networks, some believe that wired internet, the way we know it today, may well be a thing of the past in the years to come, although, it would be speculative to say so right now. As far as the cable vs fiber debate is concerned, now that you have an insight into the matter, do you think fiber will be able to fulfill the promise of super-fast, affordable internet for all, provided wired internet doesn’t go the way of the Dodo? Or do you think we’ll have to wait for something like Google’s Project Loon to achieve that? Do leave your thoughts in the comments section below, because we love hearing from you.