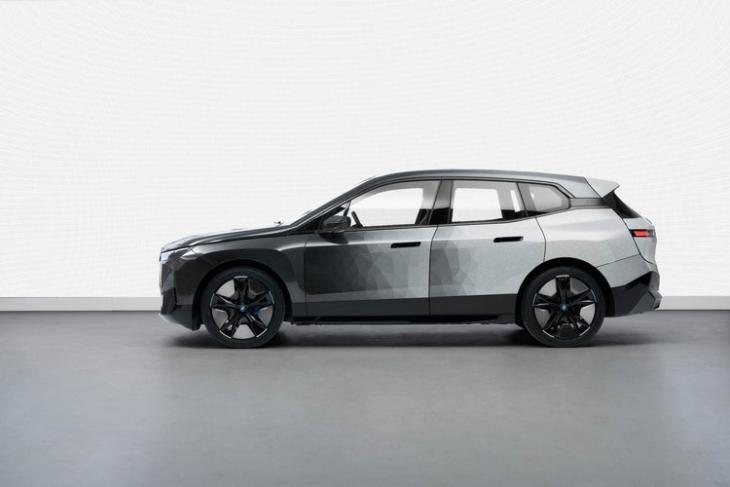 Would you like it if you could change your car’s color with the press of a button? Sounds unreal, doesn’t it? Well, German automaker BMW doesn’t think so, and at this year’s CES event, it has showcased a car named BMW iX Flow with its newly developed color-changing technology. The car uses the company’s in-house E Ink tech that enables it to change color on the fly. Here’s how all this happens.

“Digital experiences won’t just be limited to displays in the future. There will be more and more melding of the real and virtual. With the BMW iX Flow, we are bringing the car body to life,” says Frank Weber, the current CEO of the company and a member of the board.

A tweet by Out of Specs Studio showcases the color-changing technology on BMW iX Flow in action. Here’s a look:

Currently, the electrophoretic-based E Ink technology can only change from white to black and vice-versa, using negatively charged white pigments and positively charged black pigments. Furthermore, the new E Ink technology can also change the color of individual body panels of the car, giving it a dual-tone look. Just imagine, you leave the house in a white SUV, and come back home in a stealthy-looking greyish-black one. How cool would that be?

This technology will allow people to give their car different looks, designs, and patterns as per their preference or “mood of the day.” But, it also has pretty practical use cases.

For instance, as white does not absorb much heat, drivers can set the color of the car to white in hot regions and reduce the usage of air conditioning. In winters, they can change the car to black to absorb more heat from the surroundings, reducing the need for the in-car heating system. Additionally, the change of colors can reduce the amount of energy consumed by the car’s electrical system, and thus, its fuel consumption.

As for the availability of the color-changing car, BMW finds it difficult to answer that question, despite it being attractive and useful at the same time. Hence, the company will take some time to further develop its E-Ink technology before applying it to its commercial vehicles.

What do you think about this concept car? Would you like a color-changing car for yourself? Let us know your thoughts in the comments below and stay tuned for more interesting stories.