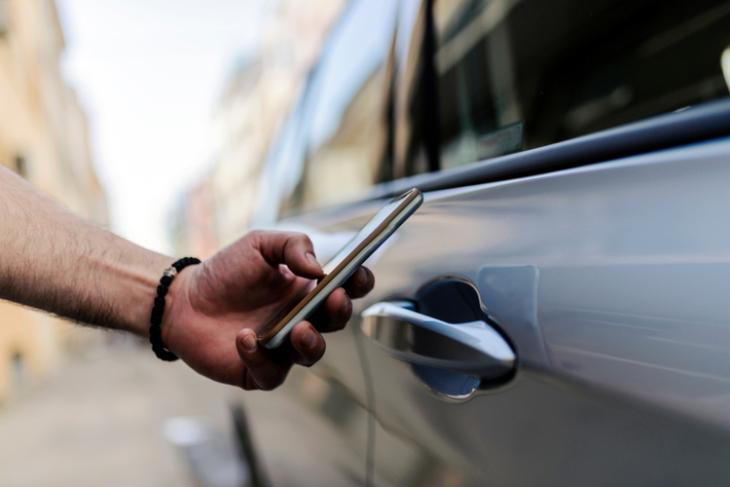 We all know Apple to be an electronic device manufacturer. However, over the previous years, we have seen many pieces of evidence and patents that suggest Apple is working on an autonomous car. Now, reports suggest that Apple is developing “CarKey”, a universal key for cars to replace traditional key fobs. And BMW will be the first carmaker to integrate this technology into their future cars.

BMW and Apple, both are parts of an organisation named Car Connectivity Consortium (CCC). This organisation is dedicated to “enabling seamless device-to-vehicle connectivity” by replacing traditional key fobs with “digital keys” for future cars. In 2018, the organisation announced the Digital Key Release 1.0 that can be downloaded in a smartphone and used for any car.

The “CarKey” is a Digital Key technology that the Cupertino-based tech giant has been developing. 9to5Mac discovered this tech in an iOS 13.4 beta version back in February. It is similar to the Digital Key Release 1.0 of the CCC and aims to replace key fobs with a smartphone.

Now, as 9to5Mac got their hands on a pre-release version of the upcoming iOS 14, they reported that they have found “evidence” that indicates BMW to be the first car manufacturer to integrate Apple’s “CarKey” API into their future cars. When the reporters approached the German car manufacturers for a comment on the topic, the company kindly denied and said, “at this point we cannot confirm your request nor give you further details”. They led the reporters to refer to a press release about the company’s efforts to bring the Digital Key for their cars. The announcement was published by the carmaker back in December 2019.

Now, as per the report, Apple’s “CarKey” will be using the NFC hardware that is integrated within iPhones and Apple Watches to aid Apple Pay. Apart from this fact, not much is known at the moment. However, Apple’s latest iPhone 11 series have some hardware packed inside that could be used by the company to aid this tech.