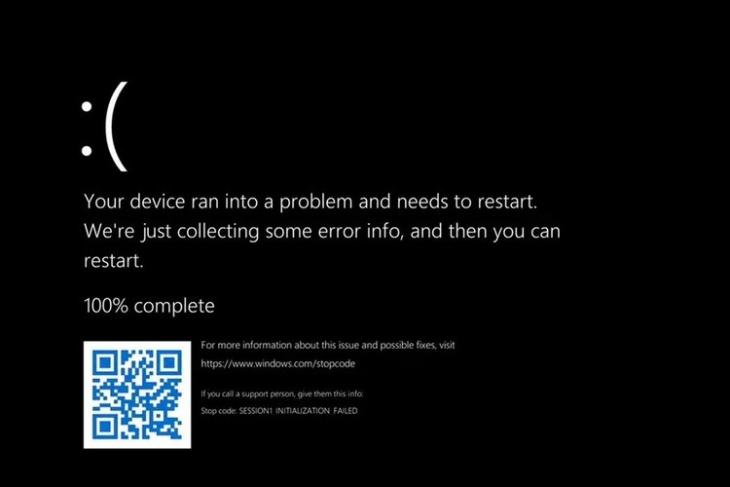 After much anticipation, Microsoft released the first preview build of Windows 11 last week. We have already discussed all-new Windows 11 features and the UI overhaul in detail. But, another major design change has now come to light, and it’s an overhauled Blue Screen of Death in Windows 11.

Now, if you are an avid Windows user, I am sure you have encountered the Windows Blue Screen of Death (BSOD) some time in your life. It usually shows up when something significant in the OS stops working and crashes the system. Currently, Windows 10 users see a blue screen with a sad face and additional information about the error that caused the crash.

For the unaware, Microsoft added the sad smiley to the BSOD in Windows 8 back in 2012. Then later in 2016, the company also added a QR code to lead users to relevant resources to solve the Windows error. And four years later, the blue background is being changed in Windows 11.

With Windows 11, Microsoft might change the color of the BSOD screen from blue to black. This will be in line with the new black background of the power-up and shutdown screen in Windows 11. As a result, it will be called the Black Screen of Death (still BSOD) instead of the former. However, it is worth mentioning that other than the color of the screen, no other changes have been made to the BSOD.

Moreover, although the Black Screen of Death is expected to make its way in the final build of Windows 11, it is currently not enabled by Microsoft. For the preview builds, Microsoft is using the green color for the BSOD, which the company has been using for preview builds of Windows since 2016. What are your thoughts on the black screen of death? Let us know in the comments section below.