Microsoft was expected to release the next major Windows 10 update, codenamed Redstone 4, in early April but an expected issue has led to a delay in its rollout. Instead of releasing the Redstone 4 update, Microsoft has now started to roll out a new Windows 10 Insider Preview Build (17134) for users in the Fast ring of testers to fix the issue.

The reason behind Redstone 4’s delayed release is to solve some ‘reliability issues’ which could have led to a higher frequency of BSOD (Blue Screen of Death) cases, a well-known issue which causes the Windows PCs to become unresponsive. 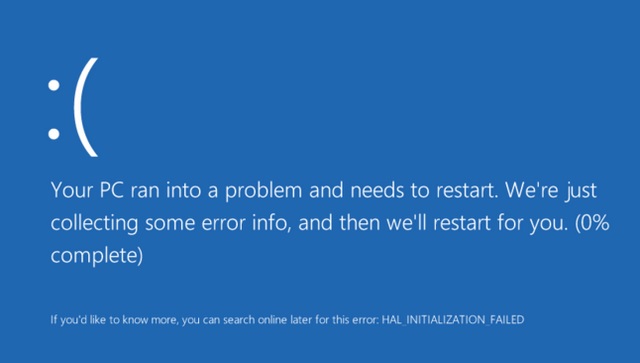 In an official blog post, Microsoft’s Dona Sarkar explained the reason behind the update’s delay and revealed that the previous Insider build (17133) had some issues which needed to be addressed so that they do not enter stable builts and create BSOD errors on integral systems.

As Build 17133 progressed through the rings, we discovered some reliability issues we wanted to fix. In certain cases, these reliability issues could have led to a higher percentage of (BSOD) on PCs for example. Instead of creating a Cumulative Update package to service these issues, we decided to create a new build with the fixes included.

The new Windows 10 Insider Preview build (17134) released by Microsoft does not contain any new features, aside from the bug fixes. The new build is currently available for Insider Preview members in the Fast Ring, and will soon be rolled out for the Slow Ring and Release Preview channel. Information obtained by The Verge from internal sources states that the aforesaid build is the final preview version, before the next major Windows 10 update is rolled out.

The upcoming Windows 10 update will most likely be called ‘Windows 10 April 2018 Update’, as Mark Kuenster, the chief of ecosystem technology adoption team within the Windows and devices group, can be clearly heard saying the same in the above video.

The update will bring a whole lot of new features such as Timeline and HDR support, and might also introduce the AI-Centric Windows ML platform for developers to help them create new apps using Microsoft’s machine learning models.