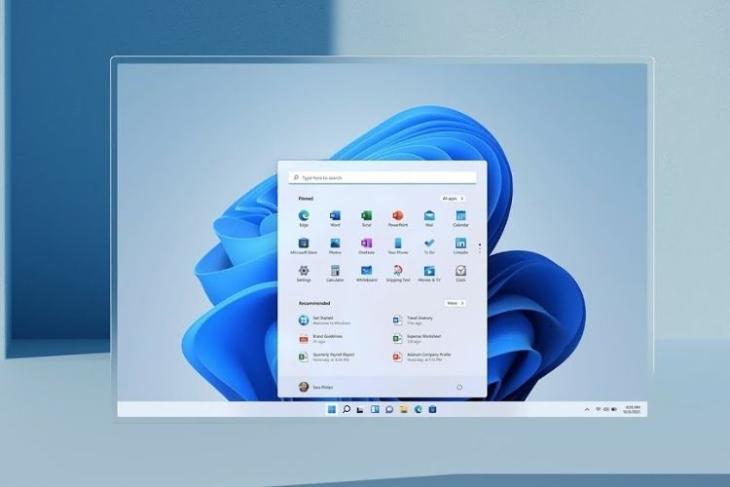 As promised at its event last week, Microsoft has made the first preview build for its next-gen desktop OS, Windows 11, available to download for Insiders in the Dev channel. You can now download and install Windows 11 Insider Preview Build 22000.51 on your computer right away!

If you haven’t been living under a rock, you would know that Microsoft finally unveiled Windows 11 last week. It brings a complete UI overhaul, along with a new centered taskbar, Start Menu redesign, new wallpapers, Android app support in Microsoft Store, and more. The Windows 11 Insider Preview Build 22000.51 offers you access to most of these new UI changes and features.

That’s not all though. Some redesigned apps that we only caught glimpses of during the official presentation on 24th June are also available in this build. This includes the new and updated File Explorer and Settings experience. The former replaces the ribbon bar with a command bar, which looks clean and modern. The latter, on the other hand, now includes breadcrumbs for easier navigation.

The Settings also have a new Power & battery settings page, which now shows the battery usage patterns. There’s a redesigned out-of-the-box setup experience, which is quite similar to the now-canceled Windows 10X.

The new Action Center with the improved notifications, playback controls, and other UI changes is also available in this build. Microsoft also lists a few known bugs, including a failure to launch Settings when upgrading a device with multiple user accounts. You will also not see the taskbar across multiple monitors, and the “Install” button in Store may stop working in some scenarios. You can check out the complete list of known bugs in the official blog post right here.

Moreover, you can check out the minimum system requirements for Windows 11, the list of Intel, AMD, and Qualcomm CPUs compatible with Windows 11, and whether your PC can run Windows 11 or not using the PC health Check app. There’s also a free app that can tell why exactly your PC can’t run Windows 11.

So yeah, if you are a part of the Dev channel in the Windows Insider program, you can check out the latest features in Windows 11 right away. You can learn how to upgrade to Windows 11 from Windows 10 using the linked article. Have fun browsing through the new UI and features!