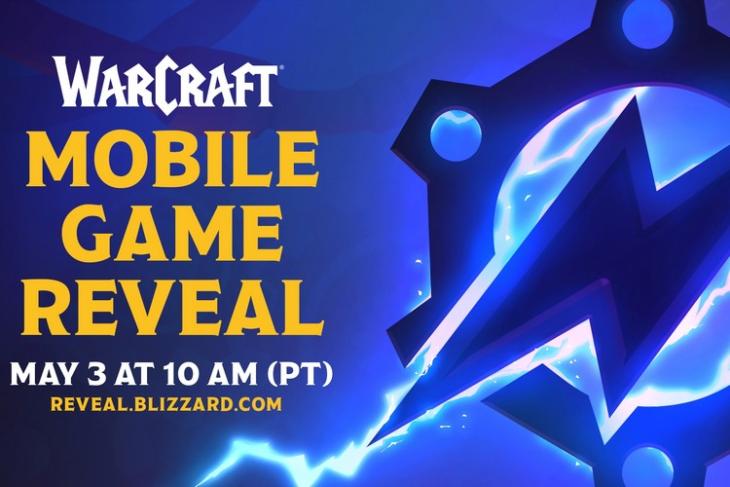 Earlier this year, we saw Activision Blizzard confirm the release of a new mobile game based on its long-running Warcraft franchise. Now, Blizzard has officially announced that it will reveal the new Warcraft mobile title on May 3 due to the ever-increasing popularity of mobile games in the market. Check out the details right below!

Warcraft Mobile Title Coming on May 3

Amidst an ongoing acquisition by Microsoft, Activision Blizzard recently took to Twitter to announce the unveiling of the upcoming Warcraft mobile title. The company, in its latest tweet from the official handle of World of Warcraft (attached below), has confirmed to reveal the new mobile title on May 3, 10 AM PT (10:30 PM IST).

For those who don’t know, a World of Warcraft-based title named Hearthstone currently exists on iOS and Android, it is a casual, card-collection game. The upcoming title, however, is expected to follow the action RPG (role-playing game) format. Other details about the new Warcraft mobile title remain under wraps as of now.

Now, it is not the first time that a console franchise is being expanded to mobile platforms. Games like Call of Duty and Fortnite became massively popular in the mobile gaming market. Citing the popularity, Respawn also joined the bandwagon by bringing its uber-popular Apex Legends title onto mobile devices. In fact, Riot has already confirmed and is currently working to release a mobile version of its 5v5, tactical FPS title Valorant soon.

Meanwhile, Blizzard has also confirmed to release a new Diablo title, dubbed Diablo Immortal, for Android, iOS, and PC on June 2. So, stay tuned for more details on these in the coming days.