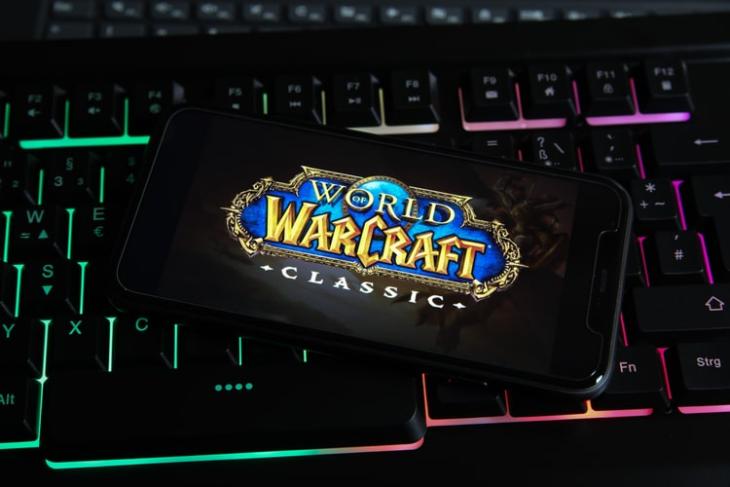 After confirming the release of a new Call of Duty title this year, Activision Blizzard has announced that it is also working on a new Warcraft mobile game, which is expected to release in 2022. Here are the details to look at.

Although not much is known about the title, the company mentioned that it is working on “substantial new content for the Warcraft franchise in 2022,” which includes “all-new mobile Warcraft content.”

While Microsoft prepares to buy Activision Blizzard this year for a hefty $68.7 billion, the company recently revealed its future plans in its quarterly and annual earnings reports. These plans include the upcoming Call of Duty title, which could be a sequel to the COD: Modern Warfare storyline, and a new mobile version of its uber-popular World of Warcraft franchise.

Currently, the only title related to the World of Warcraft that exists on mobile platforms is Hearthstone, which is a card collection game. It was released for iOS back in 2014 and was made available for Android later that year. We are not sure if the upcoming title will follow its lead and be a card-based game!

Hence, the upcoming Warcraft mobile game is expected to be an action game and might be based on the RPG (role-playing game) format. The company could be trying to bring the RPG experience of its uber-popular MMO (massively multiplayer online) title to mobile platforms due to the arguable expansion and popularity of mobile gaming in the market.

Furthermore, the news of a Warcraft mobile game is particularly intriguing as Activision Blizzard has already announced to release Diablo Immortal for iOS and Android, and even Overwatch. It is further revealed that more new experiences related to World of Warcraft and Hearthstone are in the pipeline this year, and more details should be revealed soon.

Now, it is worth mentioning that details about the Warcraft mobile game are currently under wraps. We expect Activision Blizzard to reveal more information about the title in the coming months. So, stay tuned for further updates on this.