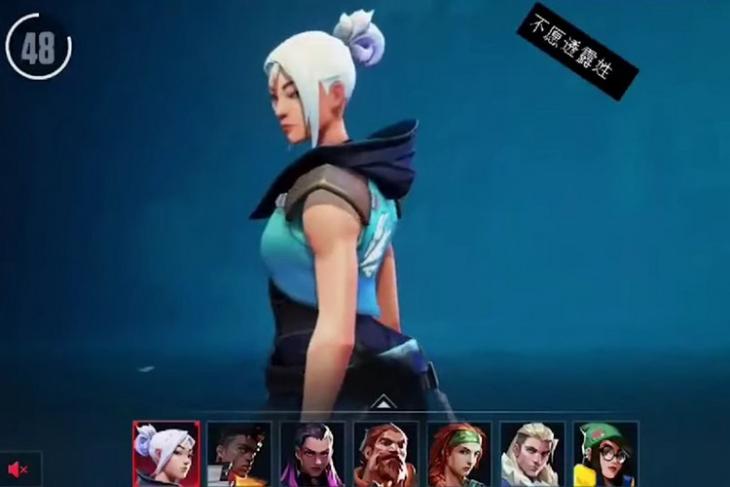 Following the massive success of its 5v5 tactical shooter Valorant, Riot Games officially announced to release a mobile version of the title last year. Although things have been quiet since then, a recently-leaked video showcases some Valorant Mobile gameplay. Check out the details right now!

A Twitter user and YouTuber named DannyINTEL recently shared a couple of videos, showcasing the gameplay and the agent selection screen of Valorant Mobile. The tipster took to Twitter to share the videos via tweets, one of which you can check out attached below.

Now, the first video, which was released on April 8, shows the actual gameplay footage of the Valorant Mobile title. In the video, albeit low-quality, we can see an individual playing Jett, one of the primary agents in Valorant, in Valorant Mobile. There are on-screen buttons for the agent’s abilities and movements, a preview of the mini-map at the top, and the weapon icon and the HP bar at the bottom. These will be customizable, much like the controls and button layout in popular mobile titles like BGMI and PUBG: New State.

The gameplay looks a bit under-developed, probably because of the quality of the footage. Although, it is worth mentioning that the mobile version of Valorant will not compromise the abilities of the agents as we can see all of Jett’s abilities, including Cloudburst, Updraft, and Dash in the gameplay video. However, it did not show any gameplay from other agents’ perspectives.

Although Riot is expected to add more agents to the title, going forward, it is weird that the developers did not add any agents with smoke ability like Omen, Brimstone, or Astra in the primary lineup. Nonetheless, considering that these are initial test gameplay footage, we can expect different things in the final version of the title.

Riot has not yet announced any release timeline or beta testing program for Valorant Mobile. However, we can expect the company to release the title for testing, presumably, in the coming weeks. So yeah, stay tuned for further updates, and let us know your thoughts on the leaked Valorant Mobile gameplay footage in the comments below.