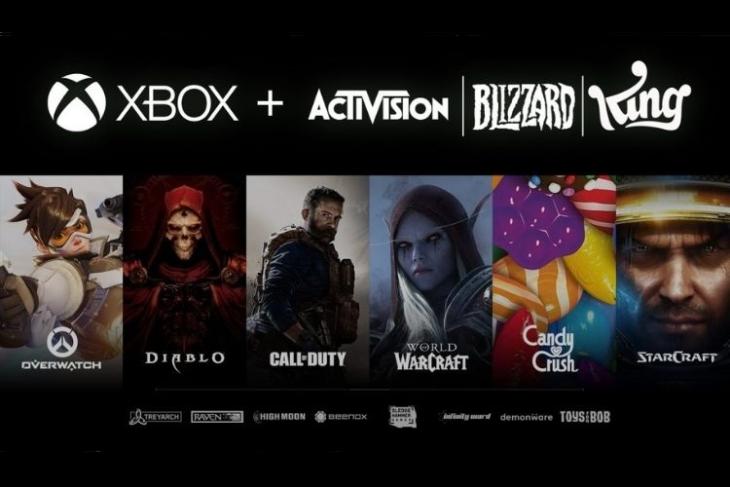 Microsoft has set its eyes on what can be safely called the biggest deal ever in the gaming industry. The company today announced that it is planning to acquire Call of Duty developer Activision Blizzard for a whopping $68.7 billion. Once the deal closes, it will make Microsoft the third-largest gaming giant in competition with Tencent and Sony.

Microsoft is Upping its Game and How!

In an official blog post, Microsoft revealed that it is buying Activision Blizzard for $95 per share as part of an all-cash transaction. The deal will help Microsoft take further (rather big) steps in its gaming business, which will include mobile, PC, console, cloud, and even the popular concept of Metaverse.

As part of the deal, Activision Blizzard’s popular titles and franchises such as Warcraft, Diablo, Overwatch, Call of Duty, and Candy Crush will come under Microsoft’s reins. This will also include the global eSports activities through Major League Gaming.

Mobile gaming will continue to be of prominence for both Microsoft and Activision Blizzard. And as a result, there are plans to bring Halo and Warcraft to mobile for people to access them from “virtually anywhere.” Xbox Game Pass won’t be left alone and Microsoft has plans to include Activision Blizzard’s games under it very soon.

Furthermore, Activision Blizzard’s CEO Bobby Kotick will continue to serve as CEO, led by Phil Spencer who is Microsoft Gaming’s CEO. However, reports have suggested that there are chances Kotick might resign once the acquisition is completed. This news comes at a time when Activision Blizzard is ensnared in office misconduct controversies and whatnot. This acquisition can help the company revamp its image and strengthen (as said by Kottick in a company letter) its workplace culture.

The Microsoft-Activision Blizzard deal is expected to close in the fiscal year 2023. The transaction has been approved by the boards of directors of both companies.