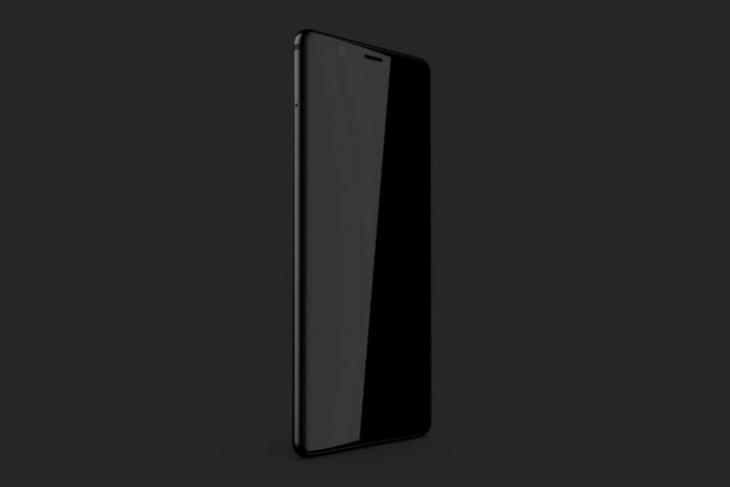 Amidst the Mobile World Congress bustle, a new BlackBerry-branded device has leaked out. Mobile industry reporter Evan Blass aka evleaks tweeted out a photo of an alleged new device called BlackBerry ‘Ghost’. According to him, it’s a high-end bezel-less Android device with flagship-like specs which is headed to India.

Blass noted that the phone would be made by Optiemus, an Indian company, which signed an agreement with Blackberry to license its name and OS for new devices. In addition to India, Optiemus also acquired the rights to BlackBerry for Sri Lanka, Bangladesh, and Nepal.

Now, talking about the device itself, Blass didn’t reveal any other details.

However, if you look closely, you can see a SIM tray and an antenna line on the left side of the phone. It is also worth pointing out that there is no fingerprint sensor on the front of the display. So, we are guessing its either at the back or on the side of the device, or even under the display.

We can also see a front-facing camera and an earpiece, which means we don’t have a truly bezel-less display like the new Vivo Apex concept phone. And while it looks like there’s no notch, it’s hard to tell in this image.

It’s also unclear when it will be launched and at what price. In fact, we don’t know if this phone will only be sold in India or whether it will make its way to other markets. But a premium BlackBerry smartphone is exciting news, any day, especially if it has all the trappings of a modern device.